Below are BIO's 10 Little-Known Ways Biotech Is Working To Improve Everyday Products and learn more about how industrial biotechnology is improving the way we live.

Alcohol production is one of the most basic applications of industrial biotechnology.  For instance, beer is made from water, a starch source such as barley, brewer’s yeast and a flavoring such as hops.  The starch in the barley must be converted to sugar by enzymes (which are activated when the barley is malted) then fermented (the brewer's yeast metabolizes the sugars to produce alcohol and carbon dioxide).  Enzymes and microbes are two common tools used in industrial biotechnology.

Industrial biotechnology is being used in the production of advanced biofuels that reduce our reliance on oil. The same way they make beer, enzymes and microbes can efficiently and cost-effectively convert biomass (such as crop residues, switchgrass, and hybrid wood plants) into cellulosic ethanol. Industrial biotechnology also makes possible new enzymes and engineered microbes that make “drop in” biofuel molecules (such as biobutanol, renewable diesel and “green gasoline”) that can be directly substituted for petroleum fuels, replacing foreign oil.

Many household and personal care products are currently made with petroleum.  With industrial biotechnology, manufacturers can produce household and personal care products with renewable ingredients instead.  Enzymes are used in laundry detergents and household cleaners to break up grease or other food stains and wash them away. Yeast and other microorganisms are engineered to ferment sugar into a myriad of renewable chemicals, which can displace petrochemicals in personal care items such as shampoo, cosmetics and lotions.

4. Say Cheese!
Industrial biotechnology offers ways to improve the efficiency of food production. Chymosin is an enzyme that occurs naturally in low volumes in the stomachs of young ruminant animals, such as cows. It has been used in cheese making for thousands of years, usually coming from veal calves. Biotech scientists have created a way for yeasts, molds and bacteria to produce larger volumes of chymosin, eliminating reliance on livestock for this enzyme and enabling more cheese production.

Industrial biotechnology is using the biology of taste to create healthier foods. Taste receptors on our tongues can distinguish five different categories: sweet, salty, sour, bitter and umami (savory).  Researchers can now use cell cultures of human taste receptors to rapidly analyze numerous compounds and their associated taste. One goal of the research is to identify new ingredients that enhance the sweet, salty or savory taste of foods, which would allow us to produce tasty foods with less sugar, salt or MSG.

Most eating utensils, beverage and food containers and product packaging are made from petroleum polystyrene and they litter the environment and the ocean or take up space in landfills.  Biobased plastics made from renewable resources such as sugarcane, soybean oil and corn are now available and cost competitive, and many are biodegradable.  Certain types of microbes found in soil or in sea water store energy as a polymer known as polyhydroxyalkanoate (PHA).  The same microbes existing in nature can break down PHA-based items and recycle them into food, eliminating plastic pollution even in landfills.

Polyester is a synthetic polymer fiber produced from fossil fuel and is used to make clothing, blankets, carpets, and other fabrics. Industrial biotech scientists engineered a bacillus microbe that ferments corn sugar into lactic acid, which when heated creates a renewable polyester.  This new form of polyester is a much more eco-friendly alternative to petroleum-based polyester.

Surfactants can help clean up oil spills by breaking down and dispersing the oil, making it
easier for natural processes to remove it.Land-based oil spills can be resolved by taking the sand (or soil away) for washing, with surfactants acting as a detergent. Research is now being done to make safer, renewable surfactants to replace toxic petrochemical ones currently in use. 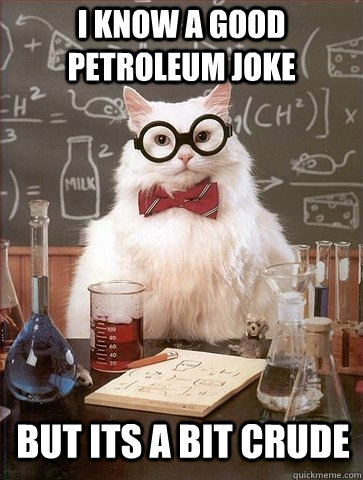 In baking, enzymes can make bread dough less sticky and more manageable for bakers.  These enzymes can also prolong the shelf-life of bread, keeping it fresher, longer but replacing use of potassium bromate, a suspected cancer-causing preservative.

To get that stone-washed look, jeans were once washed with crushed pumice stone and/or acid.  Now denim can be washed with a biotech enzyme that fades and softens the denim