10 Mega Myths to Remember at the Grocery Store

July 26, 2017
Ninety-nine percent of Americans who eat food don’t produce it, according to this article in The Washington Post. So it’s understandable that so many people get it wrong when making and explaining their food choices.

The misinformation and click-bate on social media only add to the confusion: “Six Foods Thin Women Eat Every Day,” “Top 10 most unhealthy, cancer-causing foods,” and “Fitness Experts Reveal What They Really Eat Pre- and Post-Workout,” are just a few that caught my eye today.

Ironically, often the people who are most vehement about healthy eating are the ones who subscribe to many of the most common myths about farming and food production.  Having spent some time in the livestock sector, some of my personal favorites deal with the use of hormones and antibiotics:  Regardless of what the commercials might say, no meat is hormone-free but all meat is antibiotic-free.

Confused?  Click here to read “10 mega myths about farming to remember on your next grocery run” by Jenna Gallegos or read the article pasted below: 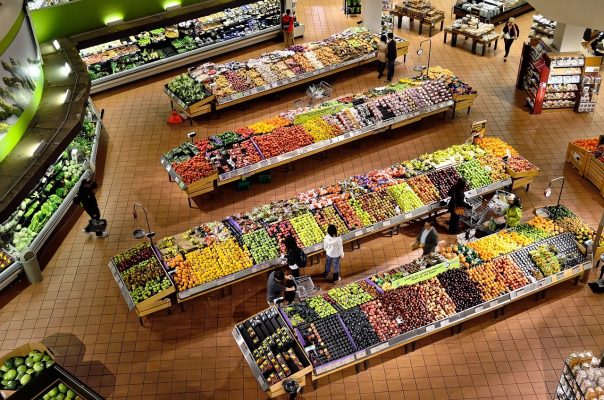 MYTH 1:  Most farms are corporate-owned


This myth is probably the most pervasive on the list. It is also the furthest off-base. Nearly 99 percent of U.S. farms are family-owned. The vast majority of these are small family farms, but the bulk of our food comes from large family farms.

Americans spend a considerably smaller percentage of their income on food than they did in the 1960s. Americans also spend among the least amount worldwide on food as a percent of income. We spend less of our money on food than people in many other developed nations.

Between 10 and 20 percent of the cost of food actually reaches the farmer. That means when commodity prices rise or fall, food costs remain relatively constant, buffering consumers from spikes in their grocery bills.

That’s not to say that food isn’t difficult for some American households to afford, and nutrition and obesity experts worry about the relatively high cost of nutrient-rich versus calorie-dense foods.

Self-driving cars are still out of reach for consumers, but tractors have been driving themselves around farms for years. And driving tractors isn’t the only role GPS plays on a farm. Farmers collect geospatial data to monitor variations across a field in soil type, water and nutrient use, temperature, crop yield and more. The average farmer on Farmer’s Business Network, a social media-like platform for farm analytics, collects about four million data points every year. Artificial intelligence helps sort through all this data and maximize performance within a field down to the square meter.

The seeds farmers plant are also carefully crafted by years of state-of-the-art research to maximize yield and efficiency. Gene sequencing and molecular markers help track the best traits when breeding new crops. Chemical mutagens and radiation speed up evolution by introducing new mutations. And genetic engineering enables scientists to move genes between species or turn off genes for undesirable characteristics.

Organic farms are not necessarily any less high-tech. Except for genetic engineering, all the above technologies improve yields on many USDA-certified organic farms.

With all this technology going into modern farms, the demand for skilled workers in the agriculture sector is also rising. In 2015, the United States Department of Agriculture reported that jobs in food and agriculture outnumber degrees granted in those fields nearly two to one. Of those job opportunities, 27 percent are in science, technology, engineering or math.

That’s why I switched from a largely pre-med major to plant biology for my PhD. I grew up in a farm and ranch community on the dry eastern plains of Colorado. There, slim margins prevent many farmers from investing in the newest technologies, so I wanted to help make better seeds more affordable.

Pesticide is a generic term for a range of compounds. Different classes target certain types of pests: herbicides for weeds, fungicides for fungi, insecticides for insects, rodenticides for rodents. Some kill very specifically. For example, certain herbicides target only broad-leafed plants, but not grasses. Others, like certain insecticides that can also harm larger animals at high doses, cross categories.

Pesticides fight bugs and weeds in organic and conventional fields. The difference is that organic pesticides cannot be synthesized artificially. This does not necessarily mean they are less toxic. Toxicity depends on the specific compound and a person’s exposure to that compound. Some pesticides, especially older ones, are toxic at relatively low levels. Others are safe even at very high doses. Pesticides also differ in how quickly they break down in the environment.

Different regulations apply to different pesticides. Permits are required to purchase some agricultural chemicals, and many farmers call on crop consultants to diagnose problems in a field and prescribe the proper treatment.

MYTH 5:  Organic farmers and conventional farmers don’t get along

Adjacent farms have to cooperate regardless of how they grow their crops. For example, potentially damaging herbicides applied to one field can drift onto a neighbor’s crops. Poorly managed weeds or insects can also spread from one field to another.

But many farm families actually grow organic and conventional crops on different fields. Organic and conventional agriculture are different business models. It typically costs more to grow crops organically, but farmers can sell these crops for a higher premium. Some crops are easier to grow organically than others depending on the type of pests they face. Whether a given crop can be grown with more sustainability by conventional or organic methods also differs by crop and by region. 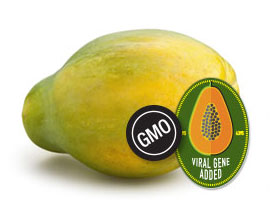 Farmers and plant scientists find the term “GMO,” or genetically modified organism, frustrating. There are many ways to genetically modify a crop inside and outside of a lab. Yet the term GMO and the regulations that go with it are restricted to particular types of genetic engineering.

Genetic engineering is a tool that can be used in many different ways. The technique has produced virus-resistant papayas, grains that can survive herbicide application, squash unpalatable to insects and apples that don’t brown. Each of these traits can lead to very different outcomes. For example, herbicide-resistant crops allow an increased use of certain herbicides, while insect-resistant crops enable farmers to use less insecticides.

Each GMO food crop currently or soon to be on U.S. shelves (these include canola, corn, papaya, soybean, squash, sugar beets, apples and potatoes) has been individually tested for safety. Collectively, this research spans two decades and nearly 1,000 studies by multiple independent organizations from all over the world.

MYTH 7:  Only meat with a “hormone-free” label is hormone free

No meat is hormone-free, because animals (and plants) naturally produce hormones. Use of added hormones is prohibited in all pork and chicken operations. Hormones like estrogen can be used to help cows reach market weight more quickly, but the average man produces tens of thousands of times more estrogen every day than the amount found in a serving of beef from a hormone-treated cow. For a pregnant woman, that figure is in the millions.

MYTH 8:  Only meat with an “antibiotic-free” label is antibiotic free

Natural food labels don’t actually mean anything. Not yet, anyway. The FDA took public comment last fall and will be discussing whether to regulate “natural” in food labels in the future. Where to draw the line between natural and unnatural is a tough call, and many experts argue it's irrelevant, because naturalness is not an indication of quality or safety.

MYTH 10:  Chemicals are the biggest threat to food safety

Biological contaminants are by far the most common food safety issue. Harmful bacterial like E. coli, salmonella or listeria, viruses and parasites can contaminate meat or produce. Thorough cooking, cleaning, and proper food storage are the best defense against these pathogens. For raw vegetables, washing can reduce but not eliminate threat of exposure. Certain raw vegetables, such as those fertilized with manure and those that grow in warm and humid conditions, like alfalfa sprouts, are a higher risk. Diseases such as mad cow disease can also be a food safety concern, but only in extremely rare cases.

Chemicals make their way into foods much less often. These include mycotoxins which are naturally produced by fungi, industrial pollutants, or heavy metals that are naturally found in soils. The Agriculture Department monitors food for pesticide residues annually and per its latest report, “pesticide residues on foods tested are at levels below the tolerances established by the U.S. Environmental Protection Agency (EPA) and pose no safety concern.”