April 2, 2010
The first quarter of 2010 saw the Amex Biotech Index (BTK) hit another all time high, thanks largely to Intermune's (ITMN) jump of 240% and OSI's (OSIP) gain of 92%. (Intermune received a positive recommendation from an FDA panel for pirfenidone, and OSI's stock moved on the $3.5B hostile bid from Astellas.) The Nasdaq Biotech Index (NBI) climbed to its highest in over eight years. Both of these biotech indices are up since the financial crises began in October of 2007, something no sector in the S&P 500 can claim (chart 2). 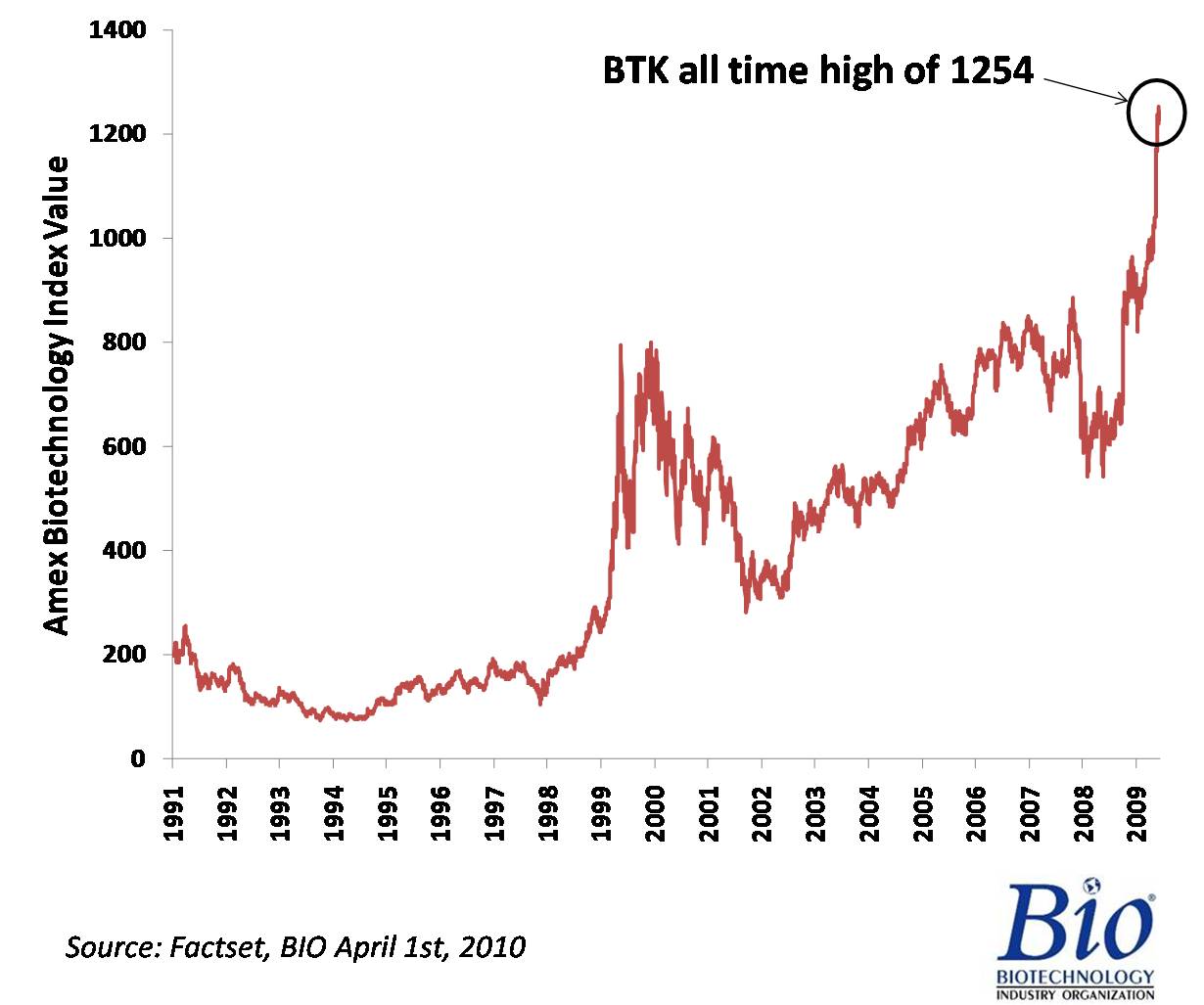 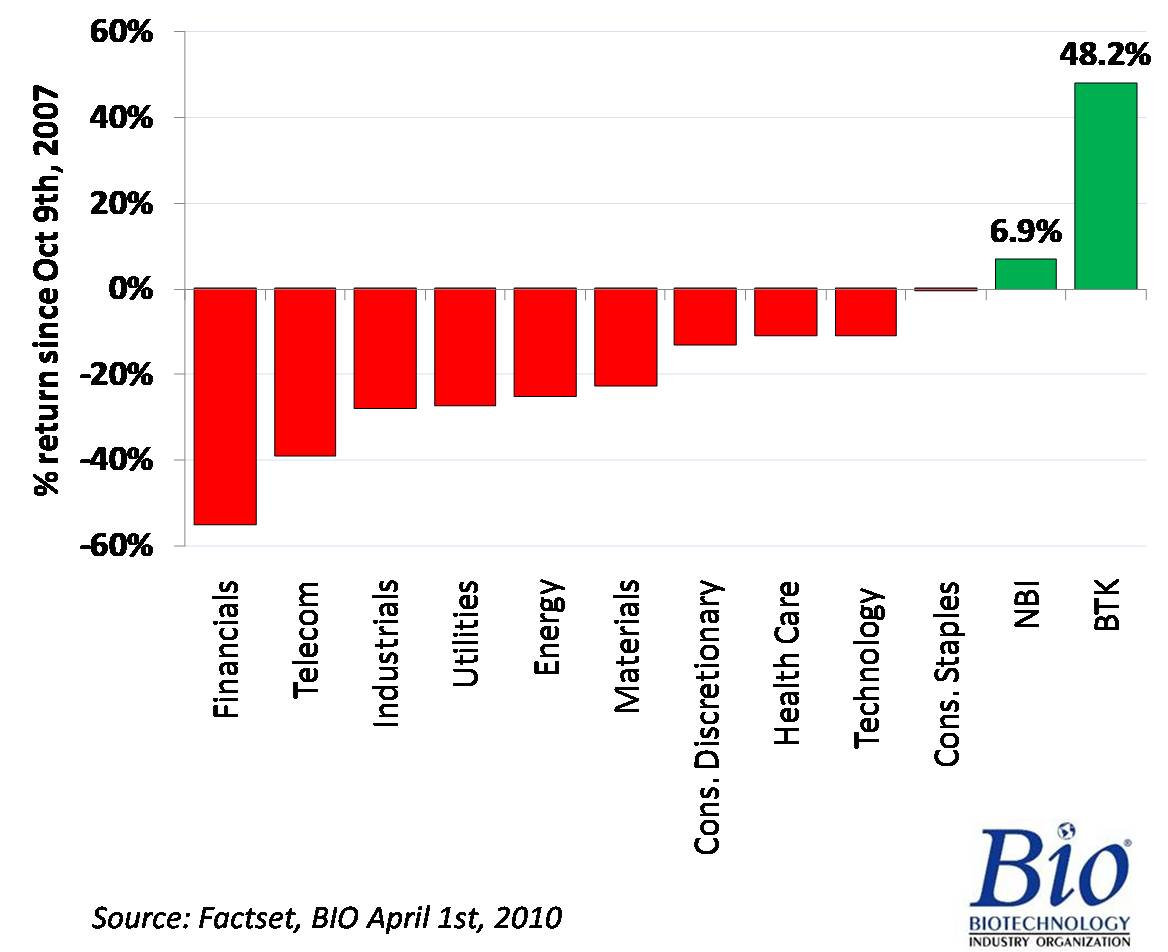 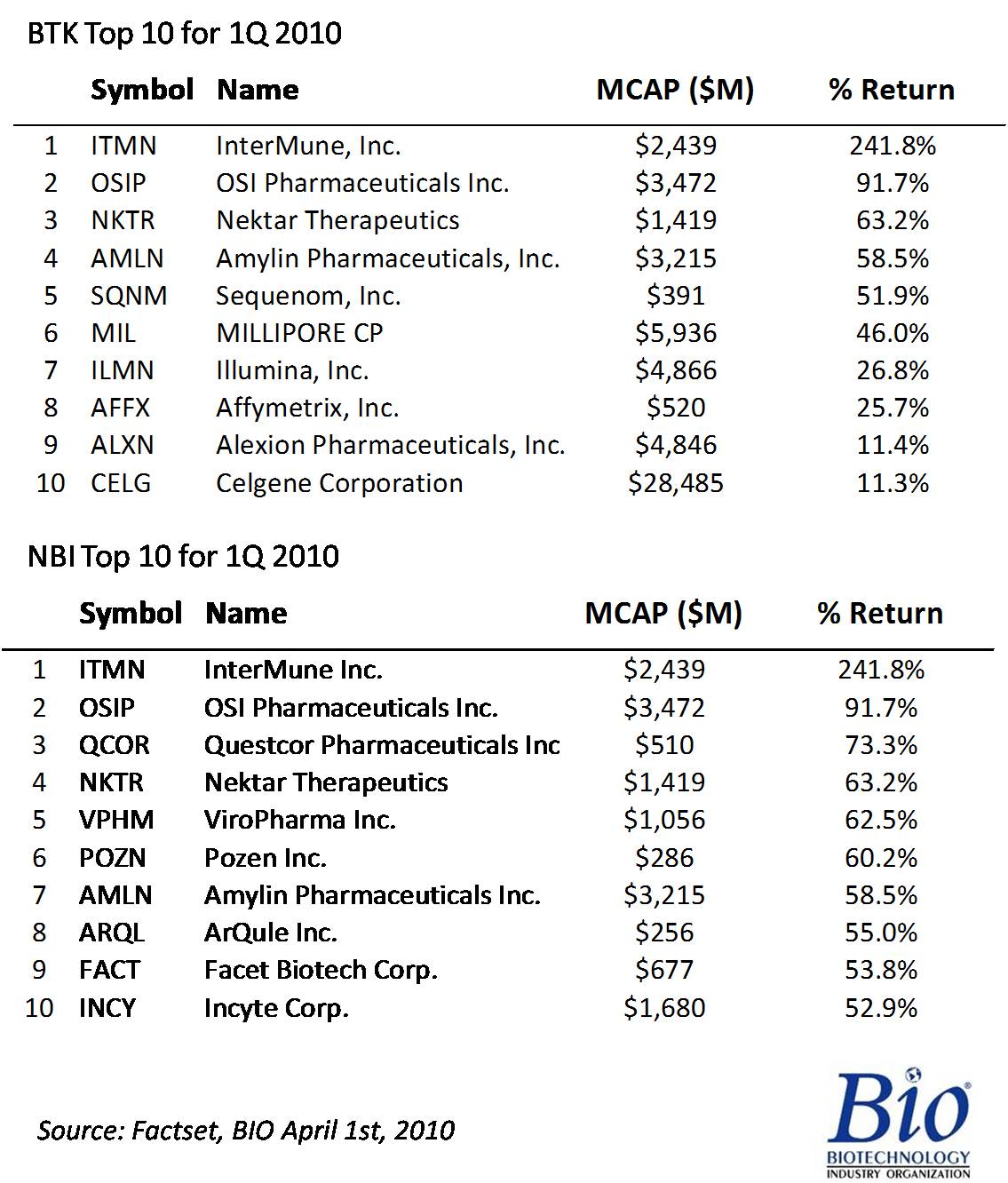 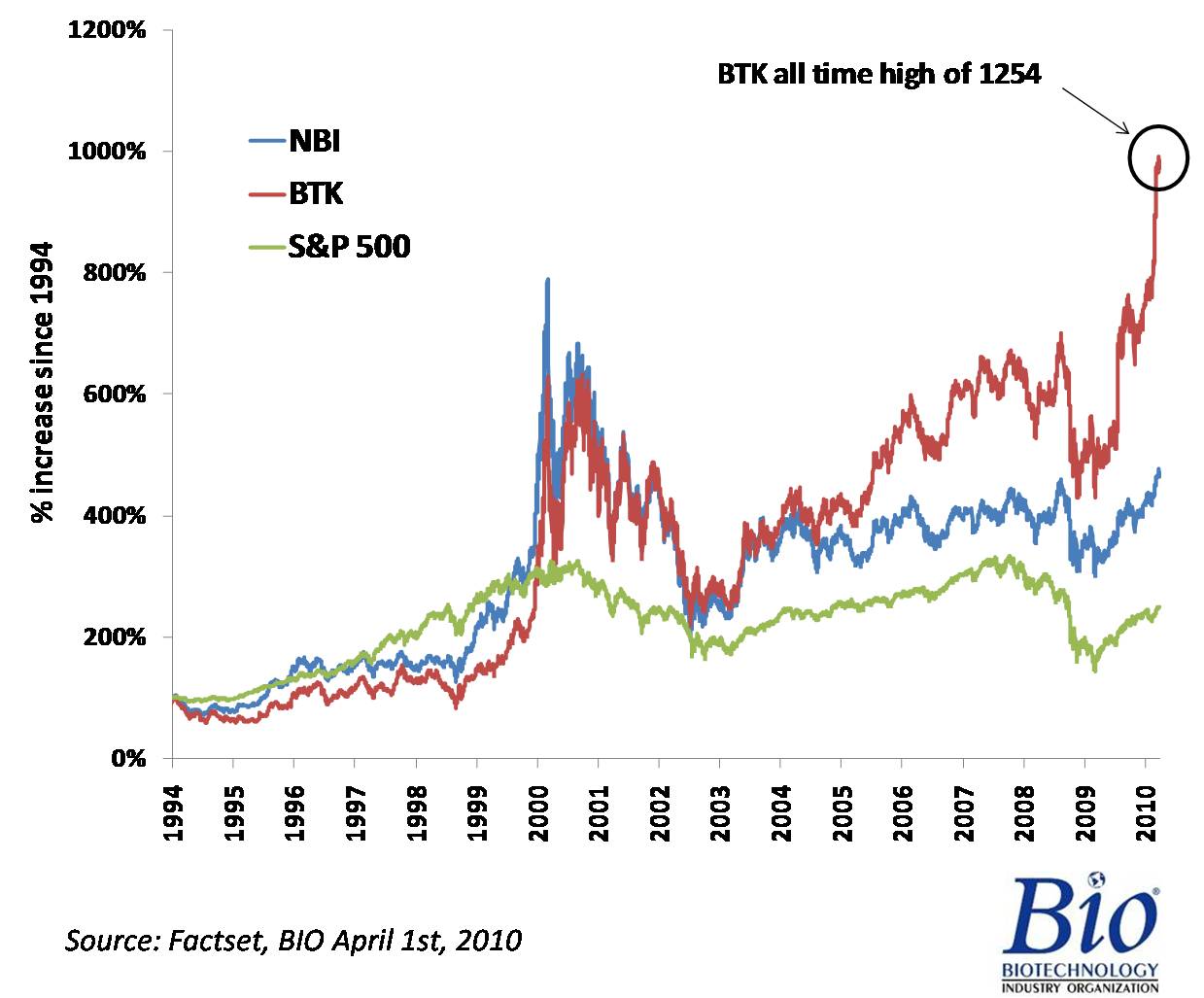