This is significant given that the number of small companies has declined since 2008, so you would expect the surviving companies to be healthier and generate higher average values in R&D spending. This data might suggest that the decline in spending was likely a widespread reaction to the financial market climate and not limited to a few troubled companies. 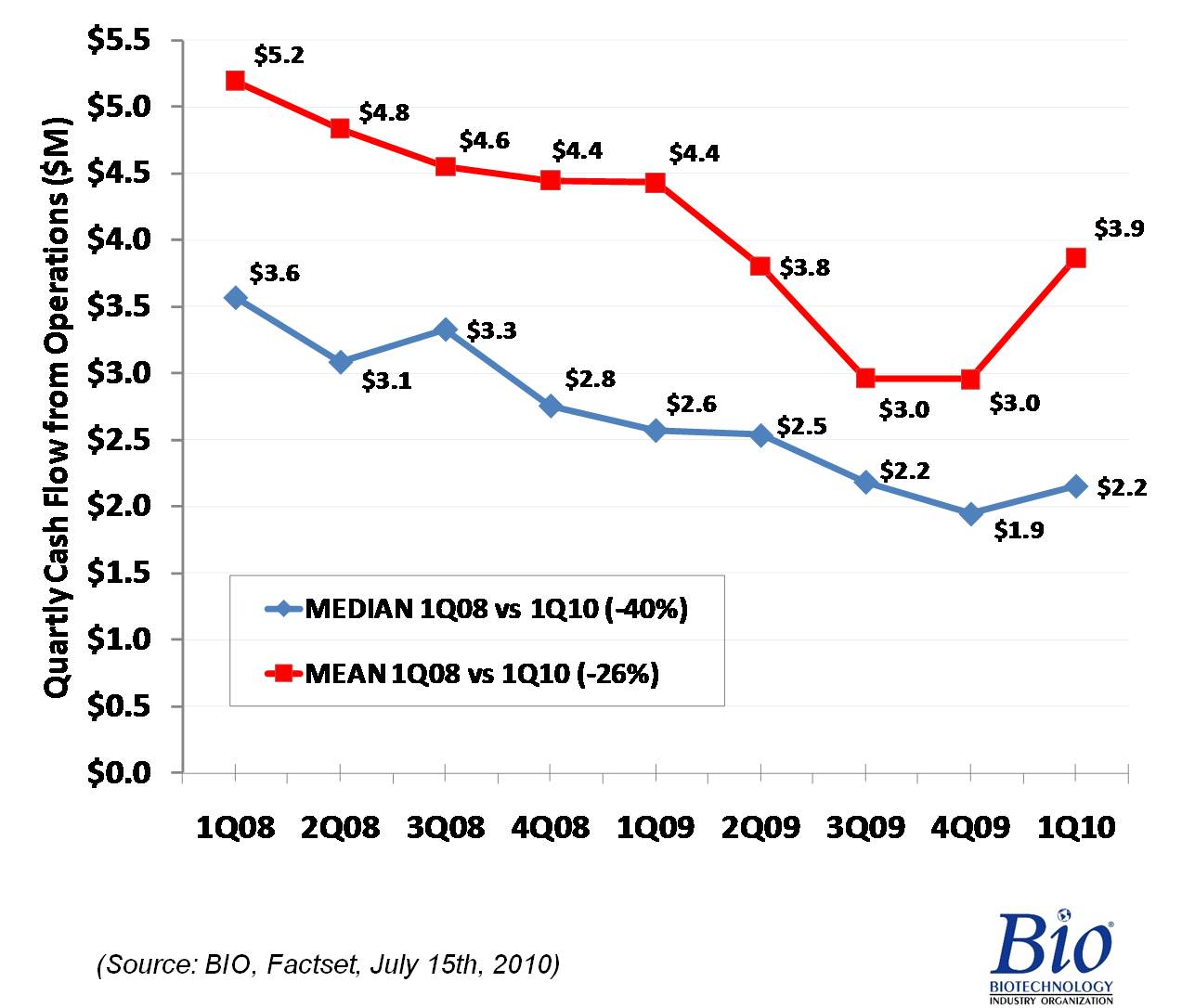 The slight rebound off the 4Q09 lows is a potential indication of change in the downtrend, but it is only 1 of 9 data points. Due to the lag time in reporting, we should have the 2Q10 data in late September, just prior to the BIO Investor Forum in San Francisco.

* Small companies are defined here as those with less than 250 employees.
More on This Topic