May 18, 2018
As we’ve covered here before, gene editing holds tremendous promise in advancing modern agriculture. And it’s not hard to see why. With gene editing tools like CRISPR, researchers have the capability to engineer plants to be, amongst other things, better for the environment, more nutritious and disease-resistant.

BIO’s 2017 Rosalind Franklin Award for Leadership in Biotechnology recipient Vonnie Estes is an agtech innovation consultant who is tuned into the current conversations happening at farms and agricultural businesses across America. And a lot of those conversations revolve around the new gene editing technology.

In a blog for Ag Funder News, Estes entertains the question: Should You Be Using CRISPR for Your Ag Business? In addressing this question, Estes starts by outlining the “number of challenges” that must be addressed before CRISPR becomes widely adopted, including the regulatory landscape:


One of the biggest restrictions to the global commercial use of gene editing is uncertainty around regulation. The USDA just ruled it would not regulate plants that could otherwise have been developed through traditional breeding techniques, as long as they are not developed using plant pests. This is a good start, however, there are a limited number of improvements that can be made within these criteria. If Agrobacterium is used as a delivery method or a greater number of genes are edited — which will be needed for complex traits — it will be considered GMO and more highly regulated. Most crop genetics and food production companies operate globally: shipping seeds, plant materials, or final foods worldwide. The EU has not yet ruled if gene edited crops fall under the genetically modified organism rule, although there is some indication that may change. Until this is clear, many crop genetics companies will not risk the potential trade barriers of using gene editing technology. 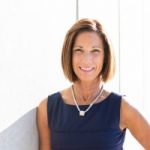 Estes then goes on to note that because of the contentious debate around GMOs and the public’s confusion around the difference in the science behind the two technologies, gene editing will be susceptible to similar pushback. However, Estes believes the younger generation of consumers will be receptive, especially if the benefits are clearly defined and explained:


Consumers are more likely to accept the technology if they get a direct benefit, such as better taste or higher nutritional value. Food producers are right to be cautious, but I’m hoping the younger, tech-savvy, more demanding food consumers will be accepting of gene editing technology.

Nevertheless, the potential for the technology to solve some of the world’s food challenges is encouraging and the science community is enthusiastic:


As the world’s population rapidly approaches eight billion, modern food production methods will need a radical transformation. Gene editing can certainly help meet that challenge of production, along with making food more flavorful and nutritious. The path to widespread usage is currently complicated – from the science to consumer acceptance. But with the tremendous enthusiasm of the research community, gene editing technologies will improve rapidly along with the all of the techniques and technologies needed to support crop use.