July 27, 2015
Generations can be defined by the advancements in science and technology. However, communicating the science around these innovations can be one of the biggest challenges. For example, popular culture has taken inspiration from innovations in genetic engineering and created movies like Jurassic World, Xmen and Divergent. The problem is that these stories don’t accurately portray the science of genetic modification and the benefits it can have on society. 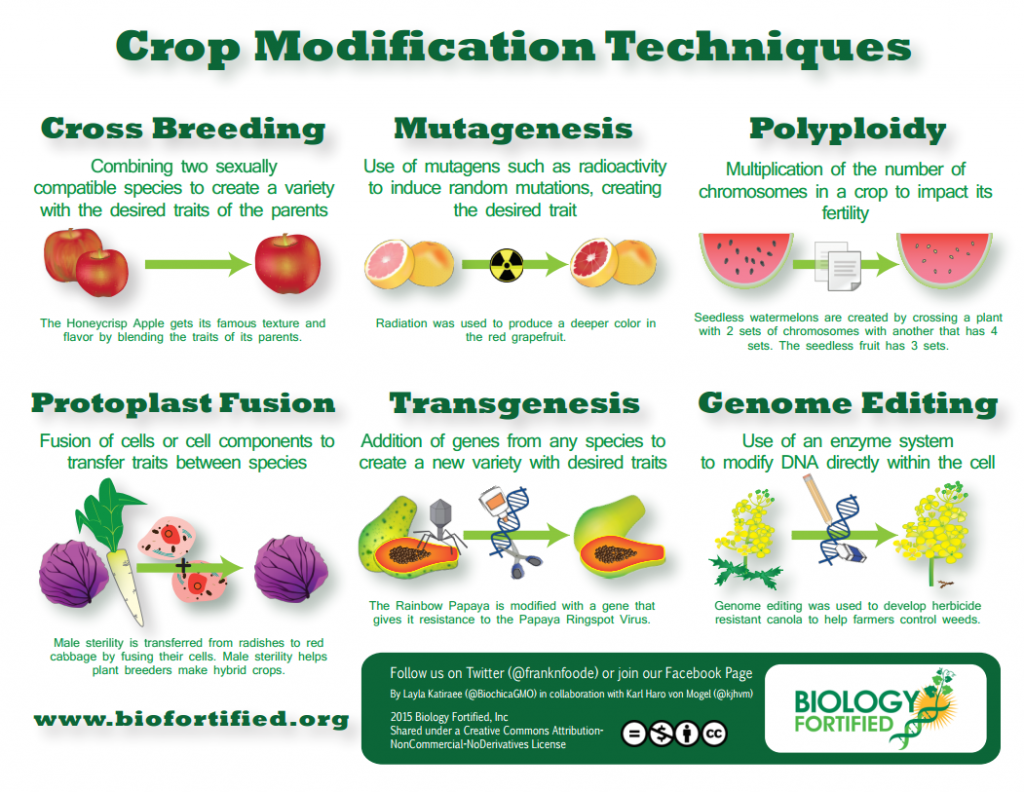 Hopefully by understanding the science behind these techniques, you’re able to see past the fearful propaganda against GM foods and understand that genetic modification isn’t science fiction.


Each of these methods has similarities and differences, and some work better for some traits rather than others. Each of them modifies the genetic makeup of the plant in order to combine useful traits together to improve agriculture. However, socially and politically the products of these methods are treated very differently. The fact that the changes that these techniques introduce do not line up with how they are treated when it comes to debates over the regulations for health and environmental safety.  For instance, transgenesis produces far fewer changes and unintended consequences than mutagenesis while mutagenesis is generally accepted and ignored in political discussions.
–Layla Katiraee and Karl Haro Mogel