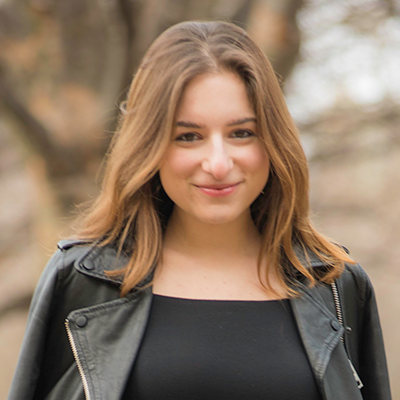 In Africa, cancer is deadlier than malaria.

“Should current trends continue, Africa’s cancer burden is projected to reach an alarming 1.4 million new cases and 1 million deaths by 2030,” says a 2017 report led by BIO Ventures for Global Health (BVGH), a non-profit founded by BIO to advance global health in developing nations.

Biotechnology innovations like the new malaria vaccine and malaria-resistant mosquitoes are exciting because they will help reduce the spread of the devastating parasitic disease.

But tackling cancer requires improving access to medicines and clinical trials, strengthening healthcare infrastructure (including the workforce), and increasing awareness of the importance of early detection.

That’s why when BVGH was figuring out where to focus healthcare capacity-building efforts in sub-Saharan Africa, “cancer stood out,” Jennifer Dent, President and CEO of BVGH, told Good Day BIO.

Cancer in Africa, by the numbers

In 2012, 14 million people were diagnosed with cancer and 8 million died worldwide—but over half of the cases and two-thirds of deaths “occurred in Africa and other low- and middle-income regions,” according to BVGH’s report. These numbers are expected to rise—and in Africa, they’re likely underreported.

There are many reasons why the cancer burden is greater in Africa. More than 20% of African countries have no access to cancer treatments at all; even in countries with access, it’s “limited and sporadic.” Furthermore, as Dent told us, there’s poor diagnostic capacity, a shortage of trained oncologists and clinicians, and minimal clinical trials across the continent—and as a result, late diagnosis is common.

Funding inequities play a role, too, with only 5% of global funding for cancer prevention and control being spent in Africa and other low- and middle-income regions.

BIO Ventures for Global Health (BVGH) aims to build capacity, deliver medicines, and scale access to care—for cancer, as well as for other critical areas like neglected infectious diseases.

Founded in 2004 by BIO with financial support from the Bill & Melinda Gates Foundation and the Rockefeller Foundation, BVGH runs on partnerships—with industry, yes, but first and foremost, with the countries it supports.

BVGH is “driven by Africa, for Africa,” said Dent. The organization partners with African governments, healthcare leaders, and hospitals to determine the country’s specific needs as far as medicines and expertise, and then help the country access them in a sustainable, scalable way.

This isn’t about pharmaceutical companies coming in and telling a country what they need or what metrics the company needs to see, Dent explained. “It’s all about what the country wants and needs.”

Improving access to drugs is a priority—but there are many challenges ranging from cost to “leaky supply chains.” The African Access Initiative (AAI) is a public-private partnership to address them. Working directly with a country’s ministry of health and within existing supply chains and regulatory systems, BVGH coordinates shipments of heavily discounted drugs directly from pharmaceutical companies, managing details “from port to patient,” like regulatory approval and import documentation.

With partnerships with 40 hospitals in six countries, BVGH is already “seeing a difference in patient outcomes,” Dent told us.

Take Nigeria, Africa’s most populous country—where cancer causes an economic loss of around $4.7 billion per year. In partnership with the Nigerian Ministry of Health and Nigerian hospitals, BVGH identified 41 specific drugs to treat the most devastating cancers in the country, explains BioCentury. Pharmaceutical companies provide the drugs at discounts as high as 85-96%, enabling 2,100 patients per year to access more affordable treatments. Recently, BVGH and AAI partnered with the Nigeria Sovereign Investment Authority (NSIA) to invest in state-of-the-art cancer centers, including the NSIA-LUTH Cancer Center in Lagos. BVGH and NSIA will work together to expand access to advanced radiotherapies and chemotherapies, making NSIA-LUTH “the Dana Farber of Nigeria,” as Dent put it.

Beyond improving access to drugs, BVGH is mobilizing resources across Africa’s cancer ecosystem. The African Consortium of Cancer Clinical Trials is increasing the number of trials in Africa, improving access to breakthrough innovations as well as better data.

A fourth and equally important challenge is raising awareness of the importance of early detection. Cervical cancer is the fourth most common cancer in women worldwide, but the second most common in Africa—and deadliest in Rwanda. But it doesn’t need to be deadly if detected early and can in fact be prevented with the HPV vaccine.

BVGH partnered with the Rwanda Biomedical Center (RBC) and Ministry of Health to develop and implement an “educate, screen, treat (EST)” program for the 185,000 women in Rwanda’s Bugesera District. In the program’s first 25 days, more than 6,000 women were screened for HPV, a major risk factor for cervical cancer, and hundreds were referred for further testing or biopsy. In addition, nearly 1,000 women opted to have a breast exam, as well. Free transportation was provided for women receiving any additional exams.

In the end, 29 women were referred for urgent treatment of suspected cervical or breast cancer—likely much earlier than they would have otherwise, giving them a much greater chance of survival.

The power of partnership

BVGH’s approach is not only driving positive public health outcomes but is also a win for biopharmaceutical companies involved.

“The markets are tough, but the industry needs to dive in and do business there,” said Dent. By helping companies build capacity and distribute medicines in a demand-driven way, these partnerships are not only saving lives but also helping companies understand the African market and expand their businesses there in a sustainable way.