June 16, 2015
The Food and Agriculture track sessions at the 2015 BIO International Convention kicked off on the morning of Tuesday, June 16, with a series of dynamic speakers and enlightening sessions.

BIO President and CEO Jim Greenwood got things started introducing South Dakota Governor Dennis Daugaard, BIO’s first Food and Ag Governor of the Year.  Governor Daugaard was recognized by BIO last September for his leadership and commitment to strengthening the agricultural and livestock biotechnology industries within South Dakota, and he spoke about his own perceptions of how technology is helping agriculture evolve. 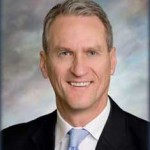 Governor Daugaard spoke about how farming has been improved by technologies such as insect-resistant corn, herbicide-tolerant soybeans, the use of GPS in the fields, and even robotics in the dairy industry.  Daugaard also touched on the many promises of animal biotechnology (many animal biotech companies are based in in South Dakota) and he boasted that South Dakota leads the nation in biotech corn and soybean adoption with 95 percent of corn and 98 percent of soybeans grown in the state being biotech varieties.

The keynote presentation, sponsored by GMO Answers, was delivered articulately and enthusiastically by Robert Saik, professional agrologist and CEO of The Agri-Trend Group.  Under the theme “Telling Your Story,” Saik described how the anti-science movement is the biggest threat to global food security.

Author of an Amazon 2014 Best of Books, “The Agriculture Mainfesto – 10 Key Drivers That Will Shape Agriculture in the Next Decade,” Saik is also Executive Producer of the upcoming “Know GMO” movie.  His TEDx talk, “Will Agriculture be ALLOWED to Feed 9 Billion People?” has been viewed by thousands online.

Track sessions following the keynote address included presentations on the value of intellectual property to society, the importance of joining forces to stimulate idea generation in the life sciences and best practices for talking about biotech in the developing world:

For more information, news and coverage of BIO’s International Convention – including our BIO Buzz Center Videos, visit our Convention website.
More on This Topic