#AgDay 2017: Appreciating the Value of Biotech

Agriculture plays a large role in our everyday lives. It provides food, clothing, and shelter as well as jobs. In fact, in 2014, 17.3 million full- and part-time jobs were related to agriculture - that's around 10% of total U.S. employment!

Unfortunately, few truly understand its contribution to our lives and the economy.  Even fewer understand the contribution of agriculture biotechnology. Did you know that the annual 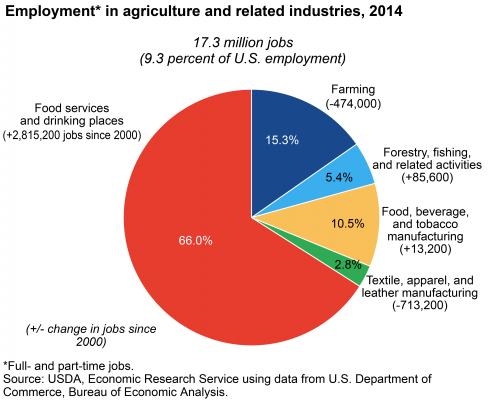 global hectarage of biotech crops was 179.7 million hectares in 2015 and continues to grow? They are the fastest adopted crop technology in modern history, especially among farmers in developing countries.

Genetic modification (GM) technology has had a significant positive impact on farm income. Since 1996, farm incomes have increased by $150.3 billion.

Farmers select GMOs to reduce yield loss or crop damage from weeds, diseases, and insects, as well as from extreme weather conditions, such as drought.

In 2014, biotech crops removed 22.4 billion kg of carbon dioxide from the atmosphere which is equal to removing 10 million cars from the road for one year.

To learn more about the value of agriculture and biotech crops, visit these resources: