March 10, 2011
Antibody and antibody-like scaffold molecules have been on the pharma licensing radar for some time. The pharma business development interest in these drug candidates stems largely from the targeted mechanisms of action, structural uniqueness of the molecules, strong IP, and portfolio diversification benefits. To analyze deal trends in this niche area of biotechnology, we screened the Windhover/Elsevier Strategic Transactions Database for “Biotechnology” deals, with “Antibody” or “Large Molecule” identifiers, from 2007-2010. From this initial list, marketed product deals were removed. Furthermore, University/Tech Transfer deals were excluded.

Although more and more pharmas have expanded their R&D on the biologics front, the overall number of pipeline deals over the last four years fails to show an uptrend. Chart 1 below shows a drop in the total number of these deals since 2007. However, preclinical candidate deals appear to rebounding from the 2008 nadir: 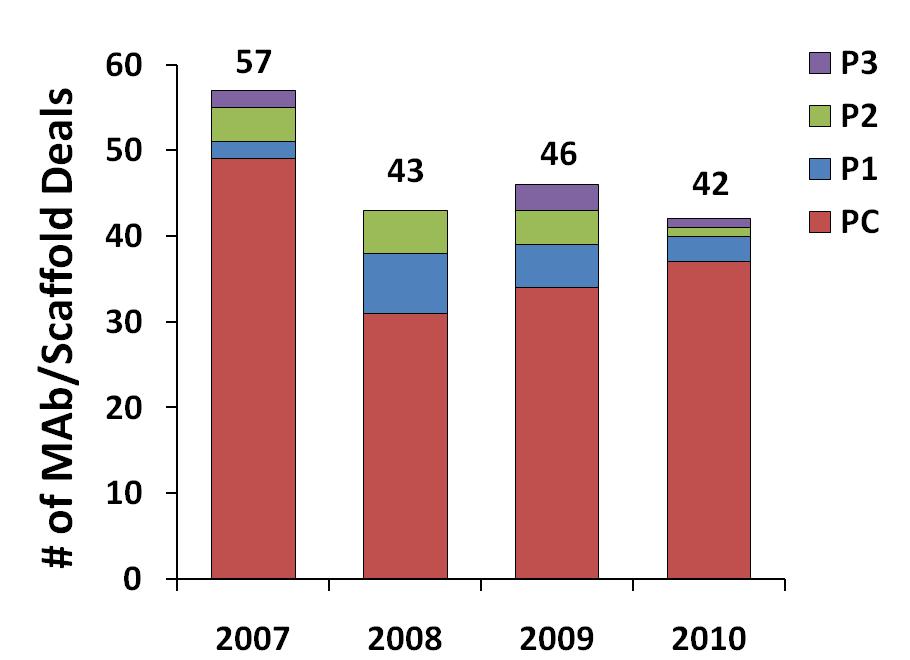 Chart 1. The total number of Mab/Scaffold deals has dropped since 2007

This downtrend follows the global deal trend, that we find off -39% from the peak in 2007.  See Chart 2 below: 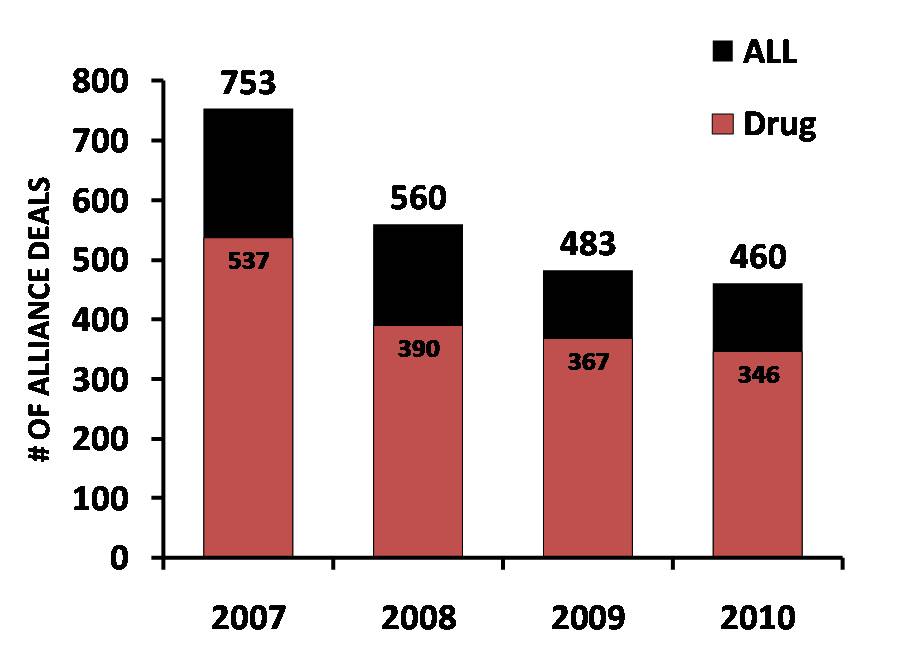 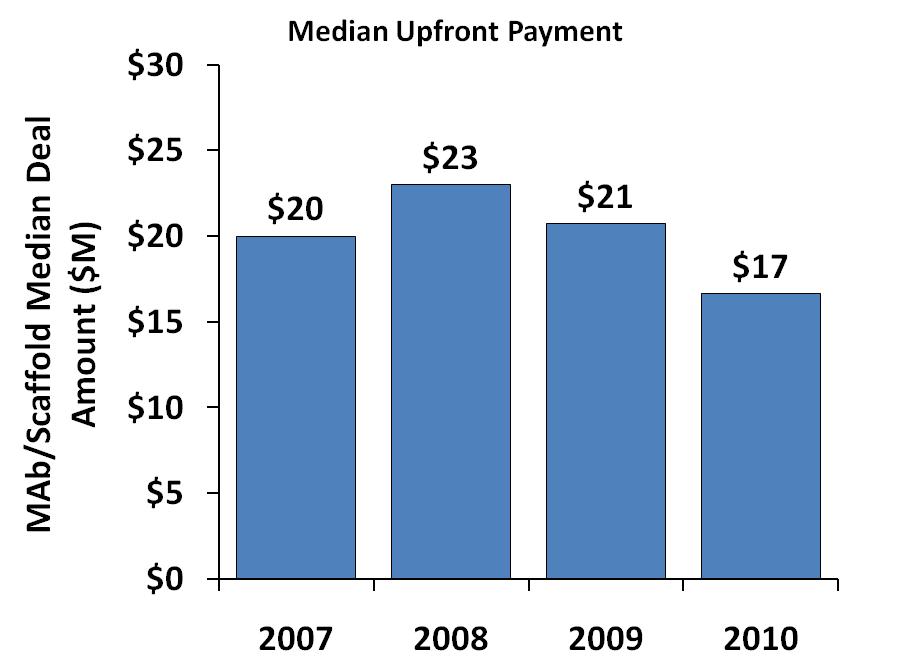 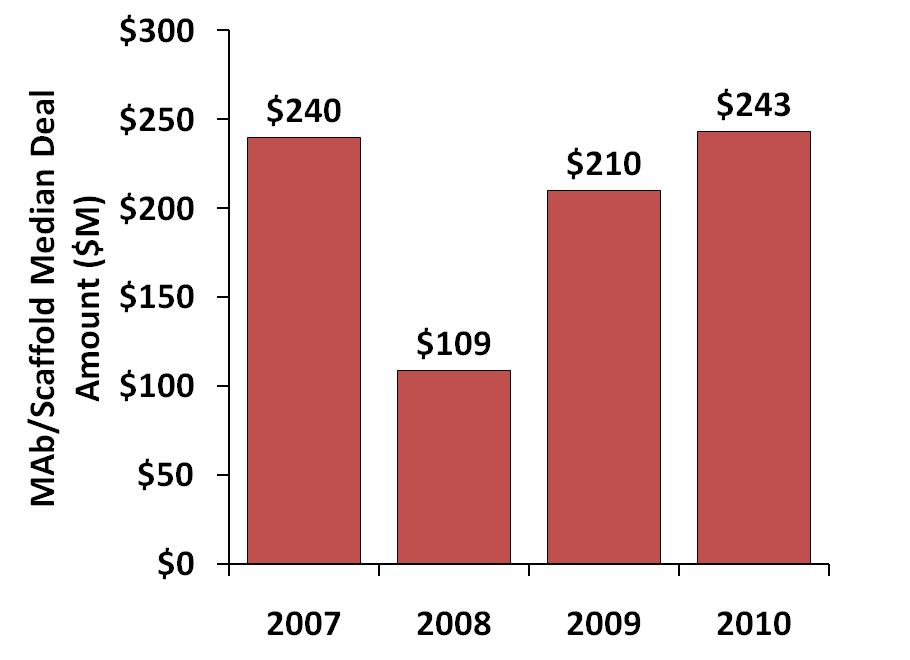