September 14, 2017
Alarm bells have been sounding for some time that deadly infections are developing resistance to the drugs available to treat them. For decades, new drugs were deployed when existing drugs proved insufficient, keeping the problem at bay. But economic realities may block further advances, creating a public health threat.

A panel session at this year’s BIO Investor Forum will address these concerns and the funding opportunities for developing new agents to treat all types of infections.

BIOtechNow (BTN) spoke with the panel’s moderator, Dr. Gregory Frank, Director, Infectious Disease Policy for the Biotechnology Innovation Organization, who provided some background on the problem and gave us a preview of the discussion that will take place at the conference. Speakers for the panel can be found here. 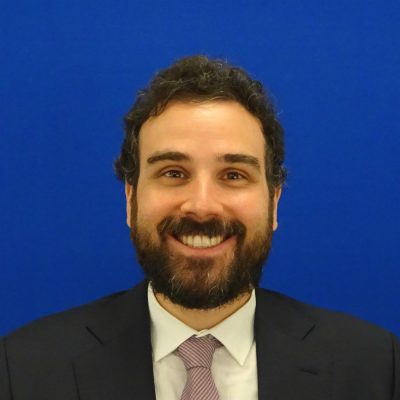 BNT: What do you believe is the chief cause of the resistance to antimicrobials?

Antimicrobials, which include antibiotics, antifungals, and other anti-infectives, are arguably one of the greatest medical advances in human history. But while countless lives have been saved with antimicrobials, they have also created an evolutionary response from their targets to develop resistance.

Antimicrobial resistance (AMR) is driven by many factors, but arguably the chief cause is their overuse in clinical care of patients. For example, in outpatient settings many patients are treated with antibiotics for upper respiratory infections or influenza-like illness.  In the majority of these cases, patients have a viral infection which will not respond to an antibiotic. In hospitals where diagnostic tests to identify the actual cause of a possible infection may be lacking, physicians often proactively treat with broad spectrum antimicrobials to be on the safe side. In many cases these drugs are not effective or not necessary. The result of the inappropriate use of our limited arsenal of antimicrobials is a rise in resistance.

Efforts are underway to improve the stewardship of these medicines by developing guidance for physicians on when to use antimicrobials, promoting new diagnostics tests to help guide these treatments, and education of patients so they can understand when they may or may not need antimicrobials.

BTN: Which resistant pathogens do you think are the greatest threat to global health?

I’d be remiss if I didn’t also mention the growing urgent threat from antifungal resistance pathogens. Invasive fungal infections are extremely dangerous infections. Outbreaks are both difficult to contain and treat, and we’re already starting to see the rise of multi-drug resistant fungal infections in hospital settings.

BTN: Has the development of new classes of antimicrobials slowed? Why?

The development of new classes of antimicrobials has certainly slowed; the short answer is primarily due to economics. Antibiotics, especially brand new classes are very difficult and expensive to develop, and unfortunately have a very weak return on investment when compared to other types of medicines.

Companies use a term “net present value” (NPV) to evaluate a new development opportunity. In short, it encompasses the sum of all investment costs and the expected value of future revenues and companies generally look to make investments with a NP of at least $200 million. Antimicrobials - antibiotics especially - tend to have very low NPVs (~$50 million). In some cases, they may be negative. In short, it is difficult to remain in a space where a company cannot be reasonably confident that it will recoup the massive investment to develop a new antimicrobial drug.

Why is this? In general, antimicrobials tend to be short term use, inexpensive treatments.  Additionally, should a new antimicrobial be developed that can effectively treat a resistant infection, it is in the clinician’s best interests to NOT use the drug, in order to preserve it for cases when it is absolutely needed.

Taken together this creates a tough economic barrier to develop new antimicrobials. For example, only two new classes of antibiotics have been created in the last 50 years. You can also see this in the antimicrobial pipeline: By recent estimates only about 41 new antibiotics and 14 antifungals are currently under development. Most of these will not successfully navigate clinical development to reach patients.

BTN: Is there sufficient private funding that will lead to the development of new antimicrobials? If not, what public programs are available and are they enough to lead to new discoveries for AMR?

The upshot of the weak economic model is that many large-scale research and development programs by larger biopharmaceutical companies have been abolished over the past decades. This has left small biotech companies as the major innovators in this space. Since the same economics drive the investment, these small companies suffer from the same challenges in securing the private investment needed to further develop their drugs.

Thankfully we are starting to see policies, supported by governments and other stakeholders, to help incentivize investment into new antimicrobials. Within the U.S., both the National Institutes of Health (NIH) and the Biomedical Advanced Research and Development Authority (BARDA) have targeted grants and contracts to support the early and late stage clinical development of antimicrobials, respectively.

A major public private partnership was also started last year: CARB-X.  The CARB-X consortium, supported by the U.S. government, the Wellcome Trust, and many other partners, has targeted funding to support the clinical development of new antibacterial candidates. In 2011, the Generating Antibiotic Incentives Now (GAIN) Act provided fast track review for new drugs by the Food and Drug Administration (FDA), and also extended the data exclusivity of qualifying products by 5 years. Finally, the FDA is implementing a new “limited population antibacterial drug” pathway to make it easier to carry out the clinical trials needed to assess drugs that are targeted to the most dangerous multi-drug resistant infections.

While these early efforts are promising, in order to best create a strong and diverse pipeline of antimicrobials, we must develop policies to really address the economic challenges. Several major policies are under consideration with this goal in mind. One is the transferable market exclusivity voucher model, where a company with a qualifying product can receive an exclusivity extension voucher that can either be sold or applied to another product. Another is the concept of a market entry reward, where the U.S. government pays a company milestone-based payments if it receives FDA approval for a qualifying antimicrobial drug. Finally, antimicrobials tend to be priced far lower than their societal value, and efforts to address their reimbursement can also help address the economic challenges hampering investment in this space.

BTN: Is there hope for creating antimicrobials that will never develop resistance or do you believe that new classes will always have to be created?

I think we’ll need to move on a number of different fronts to ultimately address resistance.  In the short term, we absolutely need to develop new classes of traditional antimicrobials to treat patients that are suffering from infection. However, there is a promising new world of technologies under development that may help to supplement - and potentially supplant -these drugs. These include (but of course aren’t limited to) biologic drugs like antibodies, microbiome drugs that work with your body’s own microorganisms to fight infection, drugs that improve our bodies immune response to infection and even viruses that selectively infect and kill bacteria.

Ultimately I think preventing these infections in the first place, thus obviating the need to treat with drugs that drive resistance, should be an overarching goal. Vaccines have proven to be tremendous in preventing devastating infections such as polio, and we can do the same to resistant infections if we can develop vaccines that target them.