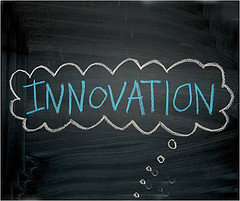 A decision that isolated DNA molecules are patent-ineligible would have far-reaching negative consequences both from past reliance and forward-looking perspectives.

i.      U.S. Patent No. 7,341,750 has claims directed to a compound isolated from the bark of Ginkgo biloba that has useful anti-platelet activity and thus may prove to be an important medicine in vascular diseases.

ii.      U.S. Patent No. 7,307,057 has claims directed to an antibiotic isolated from a particular microorganism that has shown to be effective against even some of the most dangerous multi-drug resistant bacteria in existence today.

iii.      United States Patent 7384953 claims a new highly-purified preparation of rapamycin (sirolimus), an immunosuppressant and antifungal compound discovered in a ground fungus on Easter Island, and first patented in purified form in 1975 (U.S. 3,929,992, now expired), available in the United States under the trade name Rapamune®;

iv.      U.S. Patent No. 5,820,870 claims an isolated human papillomavirus envelope (HPV)  protein that forms the basis for the Gardasil® cervical cancer vaccine, which was first approved in the United States in 2009 and is effective in preventing the most common forms of HPV-associated cervical cancer in young women;

v.      Another affected area would be new life-saving vaccines and protein drugs made using isolated DNA molecules that would no longer be patent protectable (e.g., EPO).  If neither isolated DNA molecules coding for proteins nor the proteins themselves are patent-eligible subject matter, private enterprise incentives to discover and develop such life-saving therapies would be greatly diminished.

Taking the arguments of DNA patent opponents to their natural conclusion would result in a long list of medically important inventions like these losing patent-eligibility.
More on This Topic