Yesterday we posted the reply of Robin Rasor, President of the Assn of University Technology Managers, to a Washington Post opinion piece by Vivek Wadhwa asserting that the university/industry technology transfer model established under the Bayh-Dole Act had failed and should be replaced.  The article set off a series of comments, the most interesting of which occurred when Mr Wadhwa challenged Rasor to document the statistics she used asserting the Bayh-Dole system significantly benefits the US economy.  Wadhwa says that her numbers had better not come from "some marketing document."  The reply from Rasor --and BIO's Roy Zwahlen-- reveal the source of the data is a BIO supported, fully credentialed economic impact study.  Here's the back and forth. 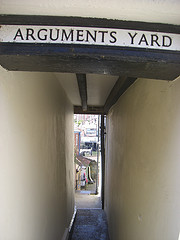 Robin, I challenge you to prove these points:

- Academic technology transfer contributed as much as $187 billion to U.S. GDP between 1996 and 2007.
- During the same nine year period at least 279,000 well-paying jobs were created in the United States because of commercialized university inventions.

I don’t want some marketing document that simply adds up the revenue produced the products that licensed a university technology, but something that academics would accept as being factual.

The fact is that for the $53 Billion going into the system, there is not enough output. The fact that Stanford has to be in lawsuits with its faculty is shameful. Speak to professors, and they will tell you their frustration with tech transfer offices. Speak to companies trying to negotiate deals with your members, and you will hear consistent horror stories.

In short, we need to radically rethink the system and not get defensive.

I can’t speak to Robin’s sources but here is one of mine:
http://www.bio.org/ip/techtransfer/BIO_final_report_9_3_09_rev_2.pdf

I would appreciate seeing one of your academic studies with data (hard to find from your website listed or the Washington Post Article). I think that would enlighten the discussion.

I find it odd that you critize the points asserted because it “simply adds up the revenue” when I believe that is what your Washington Post article does if I am not mistaken,

“In 2009, the federal government, industry, and philanthropic organizations invested $53.5 billion in university research. The total licensing revenue of all U.S. universities amounted to $2.3 billion that year, and that number includes the ongoing royalties from technologies licensed over the past decades.”

If you could clarify it would also be helpful.

I always appreciate new ideas for making things better, even when I disagree with them. However, I think proposals that “radically rethink the system” should require more than just identifying potential problems in the system. The National Research Council has an interesting study on the topic as well which you might want to address (see below).

I’m happy to provide the source of the data you question (and thanks to some of my colleagues who have also forwarded comments and data). It is certainly not from a marketing document, but comes from a Biotechnology Industry Organization (BIO) supported scholarly study entitled “The Economic Impact of Licensed Inventions Originating in University Research, 1996- 2007″ conducted by the highly regarded Dr. David Roessner, Professor of Public Policy Emeritus, Georgia Institute of Technology, and Associate Director, Science and Technology Policy Program, SRI International. Dr Roessner took a very conservative approach to his work, which if anything, underestimates the full impact of university technology licensing on the U.S. economy.

As for the case others mentioned, I’m assuming they are referring to Stanford v. Roche, which was a contract case about ownership of patents. In fact, Stanford did not sue its employee. I know from personal experience that many faculty are pleased with the work of their technology transfer offices and we know there are a great deal of companies that find tremendous value in working with academic licensing professionals. In fact, these companies seek out academic partners at AUTM’s Annual Meeting each year and provide rave reviews about the contacts that they have made with our members.

As to your other points, the licensing profession is certainly open to suggestions on how to improve our current system, but they require thoughtful study, not anecdotes, or highly misleading data points. In this regard, simply dividing university royalty income into the total amount the government spends on extramural research is a good example where such faulty comparisons go off track. Much of our federal research has no commercial application, but is done to advance human knowledge or to meet agency mission needs. Further, many times universities minimize royalty payments so a startup company or small business can focus its scarce resources on developing the product, not paying the university.

The U.S. model is perceived worldwide as the gold standard, and other countries have emulated or are seeking to emulate it. The United States would be poorly advised to abandon a demonstrated formula of success in favor of an unproven theory.
More on This Topic