September 18, 2012
The BIO Investor Forum is fast approaching! Below you'll find our first Company Snapshot of one of the event's presenting companies, ContraFect Corporation.

Continue reading to learn more about ContraFect's product, their strategies, and what you can expect from their company in the coming months. 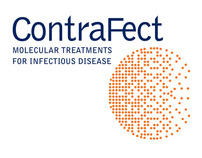 What is your company’s lead product or technology?

ContraFect is a private company developing biotherapeutics for resistant, life threatening infections. Our lead compound, CF-301, is a bacteriophage lysin, which is an enzyme that digests bacterial cell walls, killing bacteria immediately upon contact. CF-301 has specificity for Staphylococcus aureus (Staph), and Group A and Group B streptococci, and has displayed activity against all forms of Staph, including methicillin-resistant (MRSA) and vancomycin-resistant isolates (VISA/VRSA). The initial indication we are seeking for CF-301 is Staph bacteremia, the cause of more than 100,000 hospitalizations and 30,000 deaths per year in the U.S. alone. We plan to file our IND in Q4 2012 and be in human clinical trials in Q1 2013.

How does your company go about differentiating itself from the competition?

Drug resistance is increasing worldwide, rendering many traditional antibiotics and antiviral drugs ineffective. ContraFect’s unique approach to infectious diseases, by using biotherapeutics and combination therapy, is designed to overcome current resistance while preventing future resistance to its therapies. For example, we are developing CF-301 to be a first-in-class biotherapeutic which would not be subject to resistance because it interacts with a conserved region on the bacterial cell wall of Staph that is not subject to mutation. Additionally, in animal models CF-301 displays equivalent potency against all Staph isolates (such as MSSA, MRSA and VRSA) and acts synergistically in combination with standard of care antibiotics, greatly improving the therapeutic outcomes compared to using either agent alone.

What are the short-term and long-term priorities for your company?

ContraFect is a product and patient driven company. Our short-term priority is to be in human clinical trials at the beginning of 2013 with CF-301 and reach Phase 2 by the end of 2013. With technical expertise in bacteriophage lysins and monoclonal antibodies, it is our long-term goal to build a pipeline of new anti-infectives with a differentiated mechanism of action which will move quickly through clinical development to the patient.

Tell us something about your company that investors might not know.

ContraFect is located in Yonkers, NY and is composed of a management team who have founded companies producing multibillion dollar drugs such as Cialis, Tobi, Revlimid and Thalomid. We have a deep patent portfolio consisting of 13 patents/patent applications, which include patents filed by the company and those licensed from The Rockefeller University and the Mount Sinai School of Medicine.

Thanks to ContraFect for telling us more about themselves. You can find them presenting at the BIO Investor Forum, and can request meetings with them in the One-on-One Partnering System. Be sure to follow the conversation on twitter with our hashtag, #BIF2012.
More on This Topic