In the 1950s, while a research associate at King’s College, Rosalind Franklin made the single most important contribution to the advancement of modern biology. Franklin captured the “B” form of DNA which became the basis for conceiving DNA’s structure. Without Rosalind’s contribution, the countless advancements in the field of biotechnology would not be possible today.

To honor Franklin’s monumental contribution to the field, BIO recognizes a leader in the field of biotech with the Rosalind Franklin Award for Leadership in Industrial Biotechnology and Agriculture each year at the BIO World Congress.

The award is sponsored by the Rosalind Franklin Society.

This year BIO recognizes Reshma Shetty, co-founder of Ginkgo Bioworks as the winner of the 2019 Rosalind Franklin Award. Shetty becomes the 6th woman to receive the honor.

Reshma Shetty perfectly embodies the innovative spirit that lead to Franklin’s discovery in the 20th century. As the co-founder of Ginkgo Bioworks—a Boston-based biotech company focused on building tools that make it possible to access the power of biology—Shetty has helped grow the biotech company from an apartment in Cambridge, Massachusetts, to synthetic biology’s first unicorn with $429 million raised to date.

Shetty’s leadership at Ginkgo Bioworks has been pivotal to that success, building partnerships across markets, including agriculture, textiles and more.

Similar to how Franklin’s discovery ignited advancements in biotechnology, under Reshma’s leadership, Ginkgo Bioworks is working to make biology easier to engineer. The company has built several foundries, which leverage software and automation to bring rapid iteration, prototyping and scale to organism design.

In addition to leading Ginkgo Bioworks, Reshma co-organized SB 1.0, the first international conference on synthetic biology in 2004. Forbes magazine named Shetty as one of eight people inventing the future and Fast Company named her one of 100 Most Creative People in 2011.

Reshma will join the winner of the George Washington Carver Award on stage in a panel moderated by BIO President and CEO Jim Greenwood. To learn more about the Awards Presentation and Fireside Chat and other programming happening at #BIOWC19, click here.

Don't forget to register by June 12 to the receive early-bird discount. 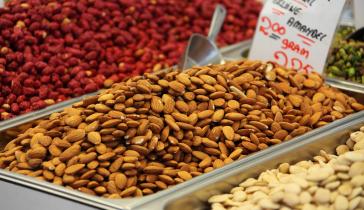 Car-Free Day: Could Biotech Make It a Thing of the Past?
More From This Author
Insights
Browse all insights