The hearing was a chance for the Judiciary committee to listen to experts on what should be done to halt misuse of the patent system. In his remarks, Mr. Sauer noted that while BIO appreciates efforts by Congress to curb patent troll abuses, some of the proposals which have been discussed would restrict the ability of patent owners to enforce their patents against infringers. 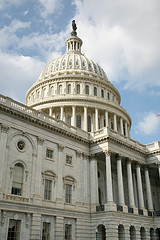 Mr. Sauer pointed out the harm the PTO’s Inter Partes Review system has had on patent holders, with patent invalidation rates that far exceed district court patent litigation, inviting unintended abuses and predatory practices by patent misusers. The STRONG Patents Act, which was introduced by Senators Coons, Durbin, and Hirono, would prevent IPR abuse, and BIO has already lent its support to this bill.

Mr. Sauer encouraged the Committee to develop a legislative package which would minimize patent trolls, as well as abuse of the IPR system, while maintaining the rights of legitimate patent owners to defend their inventions and businesses against infringement. The current environment, he states, has tipped the patent system out of balance, harming patent holders in the process:

For the biotechnology industry, which relies on small businesses as well as academic partnerships, where R&D is funded through private investment, strong and enforceable patent protections are crucial to ensuring investors their investment will be protected. Investment decline would degrade innovation and hinder America’s ability to produce medicines, renewable energy, and other life changing technologies.


In his closing remarks, Mr. Sauer stated that BIO would look forward to continue working with the Judiciary Committee on developing a balanced legislative package, optimistic that targeted solutions for patent reform can be achieved.