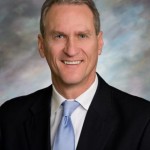 BIO is excited to announce that South Dakota Governor Dennis Daugaard will be presenting welcoming remarks to Summit attendees on Wednesday, September 17th.  Keep watch for the official announcement and statement from the Governor here. 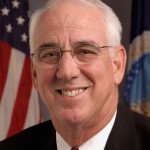 Prior to his appointment at the USDA, Dr. Raymond was Chief Medical Officer for the Nebraska Health and Human Services System. Additionally, he served as director of the Nebraska Department of Health and Human Services Regulation & Licensure division where he oversaw regulatory programs involving health care and environmental issues. Currently, Dr. Raymond is a noted food safety and public health consultant and an editor for two food safety blogs on Meatingplace.com and Feedstuffs Foodlink.


“As we all know, the world's population is increasing, but the amount of land available to raise crops and for animals to forage is not increasing, nor is the amount of water for animals to drink. Food security is vital for human health and political stability,” says Dr. Raymond. “To achieve food security, we must utilize technologies that are safe for animals, humans and the environment, and we must communicate better about these technologies to dispel the many erroneous myths and perceptions that float around the internet and other media.”

Additional programming during the three-day Summit will include discussions on research and development in animal biotechnology, the regulatory system and research funding. Programming and other Summit information can be found at www.bio.org/livestockbiotechsummit.

Registration for this year’s Livestock Biotech Summit is officially open to attendees and credentialed media!
More on This Topic