#BIO2017 Fireside Chat: Unlocking the Power of the Genome

June 21, 2017
To Francis deSouza, genomics is a transformational force. deSouza, President and CEO of Illumina, joined the 2017 BIO International Convention for a Fireside Chat today for a discussion on the role genomics is playing in treating disease.

Illumina, based in San Diego, is the largest genomics company in the world. deSouza has served as President and CEO since 2016 and has been with the company since 2013. He was previously with Symantec Corporation, where he was responsible for driving the vision for the company’s market-leading portfolio and served in a variety of executive roles. He joined Symantec through the acquisition of IMlogic, where he was co-founder and CEO. 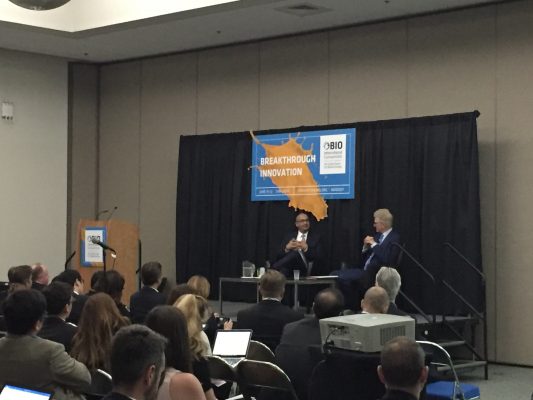 llumina’s mission is to unlock the power of the genome and use that to improve human health. It’s clearly an undertaking deSouza feels passionately about. Understanding the genome is fundamental in understanding human health, personalizing medicine, and treating diseases like cancer.

For deSouza, Illumina’s mission will be realized when physicians begin using genome-based testing to drive treatment plans for their patients.

A key factor in making that happen? Expanding the market by continuing to drive down the cost of sequencing.

“Genomics is the most transformational force I’ve seen in my life,” said deSouza. “The impact genomics can have on the practice of medicine, on human health, and on so many areas ranging from agriculture all the way to data storage is mind-blowing. It's inspirational.
More on This Topic