May 3, 2017
Breaking Buzz is BIO’s newest blog series that reaches across the globe to bring you an insider’s preview into the hottest international and partnering trends coming to San Diego for the BIO International Convention.


To France, You Are Family

Pierre Goffaux and his fellow Business France executive Charles-Henry Dion exude a certain, how shall we say – savoir-faire, as they engaged in a conversation recently about their plans for the 4,000 square foot French Pavilion they will be hosting at the BIO International Convention in June.  The hour-long tete-a-tete, which could have easily gone on longer due to the Messrs.’ depth of understanding about their country’s global and partnering intentions, shed important light on how France will stand out in San Diego.

“On Sunday evening, before the craziness and excitement of BIO begins, we are inviting everyone at BIO to an informal reception hosted by Business France,” invites Mr. Dion. “The idea is to not only give a very brief overview of France’s seven biotech clusters by identifying their different therapeutic areas of specialty, but also to enjoy some French wines, cheeses, and pâtisserie in a relaxed environment.”  The event will be held at El Camino Real and bus shuttles will be provided from the convention center. 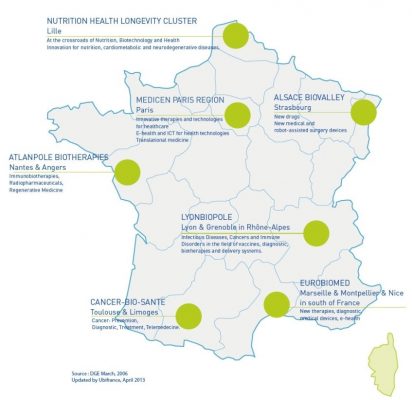 This will be Business France’s tenth year hosting a BIO International Pavilion. “We want the pavilion to genuinely represent France – and to do that we have expanded the exhibit space into a more mixed model,” explains Mr. Dion. “In previous years our pavilion was dedicated to the different French clusters, and although that is still the case, this year’s clusters will include small or start-up resident companies that present some of the successful work being accomplished in a particular region.”

The pavilion will also be host to two established French companies: Genosafe and Yposkesi along with Pact & Partners, a leading global executive search firm dedicated to life sciences.

“Business France exists to optimize the presence of everybody. We are open to all companies – from the smallest start up to some of the biggest names in therapeutics. In that respect we are a family and our updated exhibit model now reflects that sentiment.” You don’t have to be French to be in the family, however—the country’s extraordinary tax credits for R&D enable a company of any nationality, even with only one employee in France, to become eligible for a corporate tax reduction of 30% of R&D spending up to €100 million, and 5% on anything over that. So far roughly 16,000 companies have enjoyed the tax credit, which is largely considered the best in the world, representing a cumulative €6 billion.


“Family” describes well the tone set by Mssrs. Dion and Goffaux as they eagerly explain their plans for the Convention, which include a presentation on Wednesday at 11:45 in the Global Innovation Hub, and, at informal gatherings with Australia, Brazil, and Canada.

Business France sees great opportunities in Australia, where together with AusBiotech, they will co-host a webinar in May that will help French companies better understand the Australian life sciences market and its business opportunities. The webinar also aims to introduce both national delegations before the convention in order to generate further partnering meetings and networking.

Biotech in Brazil has become a top priority since that country’s recent legislative changes. Business France was quick to respond to their colleagues in San Paulo when asked to discuss partnering opportunities. Together, they have organized a social hour for companies from each region to meet for a relaxed chat at the French pavilion.

As for Canada, Mr. Dion has this to say: “There is a tight bond between France and Canada, especially with Québec. But beyond that there are many business and educational exchanges including the recent partnership between our Lyon and Montreal clusters.” The two have agreed to join forces in order to provide enhanced support to companies seeking to expand on both sides of the Atlantic, with a full immersion in the local ecosystem, including support, a personalized course of action, and office space.

The pièce de résistance? As is true for all of the events hosted by Business France during the BIO International Convention, everyone, from the intimate gatherings with specific countries, to the Welcome Reception on Sunday night, is invited. And, yes, bring your willpower (or not!) because in addition to meeting and conversing, you will be tempted to indulge some of France’s finest délicatesses.
More on This Topic 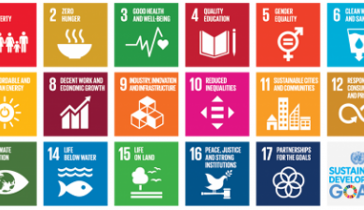