Biobased Jobs, Grown and Made in America

February 29, 2012
Last week brought exciting announcements from President Obama calling for the federal government to substantially increase purchases of biobased products over the next two years, driving new job growth and innovation. The United States has the opportunity to leverage its leadership in biotechnology, agricultural productivity and manufacturing innovation to build a biobased economy. A biobased economy will continue to generate good jobs at home as the biobased product industry already employs more than 50,000 people in the United States and can generate tens of thousands more in the next five years. 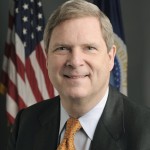 USDA works everyday to help create jobs in rural America – without waiting for others in Washington to act.

Last week, as a part of President Obama’s White House Rural Council, we announced efforts to spur economic growth by helping businesses take advantage of the productivity of America’s farmers and ranchers.

Today, there are more than 3,000 companies producing more than 20,000 so-called bioproducts made from grasses, grains, oilseeds, and agricultural waste rather than petroleum. They range from cleaning supplies and personal care products to food packaging and turf for football stadiums.

The companies that manufacture these goods employ about 100,000 Americans – many of them in rural communities – by marrying together two important economic engines: agriculture and manufacturing.

At USDA, we think there is incredible potential for the industry to grow, innovate and create economic opportunity. So we’ve taken action to help the expand markets for these products.

One year ago, we created a biobased product label that will soon be featured on more than 500 products you can buy at a local grocery store or pharmacy. It will signal that you are buying a product that was grown and manufactured here in America.

And last week, the President announced steps to encourage the federal government to dramatically increase our purchases of biobased products.

Biobased cleaning goods and construction materials like carpet pads and insulation are grown and made in America, as are lubricants, paints, oils and paint removers used in aircraft, motor vehicles, and by the military.

As the federal government encourages use of these cost-competitive bioproducts over alternatives made from oil, it will mean more contracts for American businesses, and more American manufacturers creating good jobs.

As we lay the foundation for an economy that is built to last, this effort will create jobs, drive innovation, reduce our dependence on oil, and support incomes for farmers and ranchers. Americans can’t wait for us to help unleash the incredible potential of a biobased economy to create middle class jobs.

Listen to the audio version of Secretary Vilsak's message.
More on This Topic