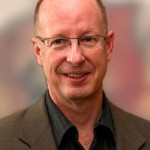 John Lewis has been promoted to CEO of BioOhio, the biological sciences trade organization, recognized as BIO's affiliated state organization in Ohio.

John has been with BioOhio for the last twelve years and has been instrumental to its highly successful efforts to grow the biotech industry in the state.

We at BIO congratulate John on his promotion and look forward to our continued partnerships.
More on This Topic