On Tuesday, October 8, BIO formally announced that its President and CEO Jim Greenwood would be stepping down from the world's largest biotechnology organization in January 2021. In a letter to BIO staff, Greenwood reflected on his rise to BIO and the accomplishments the organization has achieved through his vision. But, as Jim notes, "The fight continues..."

Read the full letter below.

When I was a college student during the tumultuous years of 1969 to 1973, I dedicated my life to service. I took jobs as a naturalist at an environmental center, a house parent for disabled children, an assistant to a state legislator, and then a caseworker for abused and neglected children. These experiences moved and inspired me, propelling me to run for public office in the hope that I might effect change on a broader level. 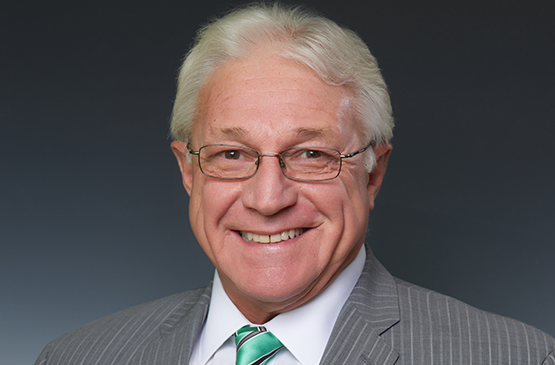 In 1980, at the age of 28, I was elected to a seat in the Pennsylvania House of Representatives. Six years later, I won a seat in the state senate. And six years hence, I earned the the right to represent my suburban Philadelphia district in the United States Congress. What an extraordinary honor and experience public service always has been for me.

More than 15 years ago, I received a phone call from a headhunter asking whether I would be interested in leaving Congress to lead BIO. I was in the midst of a campaign for my seventh term and my initial reaction was “nobody walks away from a perfectly good seat in Congress,” especially given that I had fought so hard to win it. I defeated a tough, seven-term incumbent by standing in front of grocery stores – day after day, hour after hour – shaking hands and talking to as many people as I possibly could, one by one. I believe elected officials should actually listen to the people they seek to represent. That’s how political races used to be won in America. It’s for that very reason that I never took a dime of PAC money once I was elected to Congress.

Nonetheless, the BIO vacancy intrigued me. So, I called BIO’s founding President Carl Feldbaum, with whom I had worked to allow therapeutic cloning and to lift the ban on embryonic stem cell research. We had a dinner I’ll never forget. Once again, by listening to people with an open heart and mind, I felt a new calling. Even though I would be entering the private sector, I knew the challenge of leading BIO, at its essence, would be about service. I saw it as a unique opportunity to help create a policy and economic environment to encourage entrepreneurs, investors and scientists to change the world. I knew this post would be a chance to build upon the fast-growing, astonishing body of knowledge about how life works at the cellular, genetic and molecular levels and apply that understanding to, as we came to say, heal, feed and fuel the world.

I threw my hat into a new kind of ring, along with more than 30 others. I was delighted when then-BIO Chairman Richard Pops called to tell me that I had been chosen by the board’s search committee. I finished my term in Congress and enthusiastically assumed my new role in 2005.

Now, here we are nearly 15 years later, and I am humbled to reflect on what we’ve been able to accomplish together. Truly, it has been a great run. But every beginning has an end, and today I announced that I will be stepping down from my post at the end of 2020. The Board asked me to stay on in a transitional role in 2021 to help bring my successor up to speed, and I happily agreed. This organization means so much to me.

Over the years, we have fought and won a series of important advocacy victories. In my first year, we helped pass the Renewable Fuel Standard program that requires production and use of renewable fuel to help safeguard the natural environment. We passed biosimilars legislation with 12 years of data exclusivity so biologics would be more affordable once patents expire. We modernized the FDA to speed new breakthroughs to market. We passed the 21st Century Cures Act, which approved expanded use of biomarkers, innovative clinical trials and real-world evidence in FDA decisions.

We facilitated wider adoption of genetically modified crops that are transforming the food system and allowing us to better feed a rapidly growing population. We built the world’s largest annual biotechnology convention, which draws upwards of 18,000 people from 70 countries. And the Board accepted my idea to change our name from the Biotechnology Industry Organization to the Biotechnology Innovation Organization, because innovation is what our industry is all about.

During my tenure, I’ve been so proud to watch this organization triple in size to 176 employees with an $85 million operating budget. That’s a testament to all of you. It is the staff that we’ve assembled about which I am most proud. There are a few current BIO staff members who were here before my arrival, and I thank them for their continued loyalty. I’ve been fortunate to recruit some of the most talented people in Washington. They, in turn, have hired so many outstanding team members who have made our countless successes possible. As I have said many times, all of us should take pride in what happens in the labs, hospitals, fields and biorefineries of our country. Together, we’ve helped heal the sick, feed the hungry and nourish the environment.

In the last few years, I’ve been approached by a couple of our companies about leaving BIO to work for them. These were intriguing opportunities to see what it would be like to advance biotechnology from the perspective of a member company. I came very close to accepting one such offer. I told then-BIO Chair Ron Cohen of the opportunity in 2016 and was surprised – and flattered – when the Executive Committee members asked me to reconsider and stay until my contract concluded. Last year, they asked me to stay on through the critical 2020 election and to serve in an advisory capacity beyond that. A BIO search committee will soon begin the hunt for my successor. I have been asked to participate in the selection process and will gladly do so.

I will always retain my passion for the promise of biotechnology. Indeed, I hope to continue to serve this industry in other ways when my tenure as BIO’s leader ends.

At the end of 2020, I will look back with pride on all that we have accomplished together and with great affection for BIO staff and our company leaders, who work so hard to forge progress in this greatest of all endeavors. In the meantime, we have before us the most perilous political challenge in our industry’s history, which could jeopardize the work our companies do so valiantly. I intend to fight with equal vigor to preserve incentives for innovation. Literally billions of people depend upon it.  And so the fight continues….