Biotech Market in Brazil is Booming!

June 25, 2014
Brazil steps into the international spotlight as host of the 2014 World Cup and the 2016 Olympics as it celebrates a quarter century of democracy and political stability.

The Brazilian economy – now the 7th largest globally by GDP (and averaging $57 billion in FDI inflows annually from 2008 to 2012) - is considered one of the most important in the world. Brazil has a number of innovation policies in place at the federal and state levels for decades. As a result, Brazil is the second largest ethanol producer globally, and ranked second in biotech crop plantings. Brazil hosts the world’s largest universal healthcare system with policies in place to advance innovative biotech development, especially in the health sector. Brazil’s National Bank for Economic and Social Development (BNDES) is one of the largest development banks in the world. Its lending has increased sharply since 2007 to support Brazil’s innovation goals. In 2012, its disbursements totaled $80 billion, far exceeding the $53 billion disbursed by the World Bank. For decades, BNDES has been one of the government’s key instruments for implementing industrial and infrastructure policies.

Brazil is the largest healthcare market in Latin America, covering almost one-fourth of the region’s population. It also has the highest per head healthcare spending in Latin America, which has seen steady growth alongside Brazil’s growing population of 201 million. In 2012, Brazil ranked sixth globally in pharmaceutical spending. By 2017, IMS predicts that the country will rise to fourth, just behind Japan.

Dealmaking between global pharmaceutical giants and smaller Brazilian companies is helping to drive the success of the healthcare industry in Brazil, such as Sanofi’s purchase of Medley, Brazil’s largest generic-drug company and third-largest pharmaceutical maker and Amgen’s acquisition of privately-held Brazilian generics firm Bergamo, for $215 million. 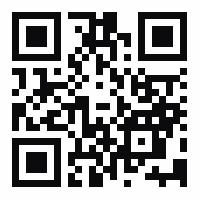