Biotech for Now, and for the Future

June 29, 2011
Written by Scott Swenson - Scott Swenson is a wheat grower from Elbow Lake, Minnesota, and Chairman, National Association of Wheat Growers and U.S. Wheat Associates Joint Biotechnology Committee.  He was a panelist on our Food & Ag Media Breakfast at the 2011 BIO International Convention panel titled, “WINNING THE FUTURE:  Does U.S. Ag Policy Support or Discourage Innovation?" on June 29.


Did you know that biotechnology in plants saves fuel and machinery usage by eliminating passes in a field?  It also reduces the possibility of water and soil contamination by making environmentally safe chemicals more effective. Some of the biotech crops currently being developed will require less nitrogen fertilizer and less water, and will make plants resistant to cold and drought. This means less resources required for crops and far more environmental benefits.

I truly believe that if the general public understood these benefits and the scientifically-proven safety of biotechnology, producers and consumers of more crops would be able to reap these advantages. 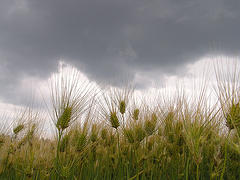 I grow wheat, corn and soybeans in west-central Minnesota. Over the years, I’ve seen a tremendous shift from wheat to corn in my area because of the benefits biotech provides for farmers. As farmers, we are businesspeople who make decisions about what to grow based on short-term profitability and how the crop will affect the land for years to come.

Thirty years ago, I grew mostly wheat, but now it is only less than 1/6 of my acreage. I really want to keep wheat in my rotation and viable on my farm. Unfortunately, wheat has not yet had the opportunity to benefit from biotech traits that could make it more hardy and more productive.

I think it is important for everyone to understand the benefits provided by biotechnology in plants. It is easy to scare the public with words like “Frankenfood”, but the true scientific story seems to be left behind in favor of attention-grabbing media sound bites.

The process of changing plants to incorporate more favorable traits is centuries old, and one modern way of doing this, through biotechnology, is carefully scrutinized by the scientific community as well as government agencies whose jobs are to protect citizens and the environment. Once a biotech plant has been approved, it allows farmers to produce a safe and secure food supply while using far less chemicals, fuel and, someday soon, water.

President Obama recently called on the American citizens to “win the future” through science and technology. Biotech crops are obvious winners, reducing energy and water consumption, reducing environmental impacts and helping us farmers provide a safe and plentiful food supply.

So I’m excited about telling wheat’s story and in the process, introducing the public to “greenfood” – made possible through both science and technology!
More on This Topic