November 4, 2011
This week we’ve seen a lot of big numbers in the news headlines:  7 Billion, 3 Billion, and 150.  What is special about these numbers?  These three numbers actually tell a very compelling story about the importance of agricultural biotechnology. 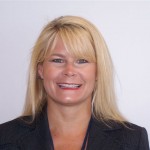 “Since 1880, the world population has doubled and doubled again, and this has changed the face of the planet,” writes Hanlon.  “I know that to stand a chance of keeping an extra two or three billion people fed, watered and sheltered in the decades ahead without completely ruining our planet, we are going to have to abandon our bizarre, decadent aversion to ‘risky’ new technologies…Why do we reject the technology that would put food on the plates of the poorest?”

On Friday, November 4, a farmer somewhere in the world – probably in South America where Spring planting has begun – made agricultural history by planting the world’s 3 billionth acre of biotech crops.

“How big is 3 billion acres?  It’s bigger than the Amazon rainforest. It’s bigger than all of Brazil. It’s big enough to say with absolute certainty that biotechnology is now a thoroughly conventional variety of agriculture.  We often talk about biotechnology as a part of our future, but let’s also recognize that it has become an indelible feature of our present because 3 billion acres of it are now a part of our past.”

Also this week, Agriculture Secretary Tom Vilsack kicked a celebration of the 150th anniversary of the U.S. Department of Agriculture.  President Abraham Lincoln signed a law establishing the Agriculture Department in 1862.

To provide for seven billion people, the world will need a lot more than three billion acres of biotech crops, but it’s a good start.  As we celebrate the 150th anniversary of the USDA, let’s remember that our farmers’ willingness to adapt to technology and modern innovation is what has sustained this planet, and will continue to do so in the years ahead.
More on This Topic