Huw Halleybone discussed the relative challenges of patent harmonization in Europe quoting some reports that indicate that the cost of a European patent is 10 times the amount of the United States.  Most of this cost is mainly due to language translation requirements and renewal fees.  While the push for a Unitary Patent would resolve these cost issues, some opposition remains. 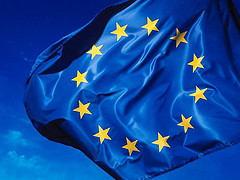 Hugh Goodfellow discussed specific challenges for biotechnology patenting strategy focusing on Supplementary Protection Certificates (equivalent to U.S. Patent Term Restoration), patentability of DNA issues raised by the recent Monsanto case, and stem cells.  The stem cell developments in Europe are of particular interest as the initial cases rejecting WARF’s patenting of stem cells relied on the understanding that patentability required that no destruction of life (e.g. abortion) occurred.  The science has advanced from that time where currently stem cells are taken from depository institutions which do not require destruction/abortion.  Based on this distinction, patent claims for embryonic stem cells have issued which Greenpeace is now challenging in court.  A decision by the European Court of Justice is pending.
More on This Topic