The decades-long practice of redlining in the US may be illegal now, but one of its lasting legacies has been environmental racism. Black and Brown people are negatively affected by poor air quality and more vulnerable to negative impacts of climate change.

However, the biotech companies working across agriculture and environment may be able to help repair this specific form of racial injustice.

Poor air quality is a persistent problem that plagues low-income, mostly Black and Brown communities. It is the result of many decades of redlining, the practice of denying home loans to African Americans in certain communities, forcing them to remain sequestered in one area of a community and unable to improve their homes and environments.

As a result, these African-American and Latinx areas have lower property values, making them more appealing to industrial plants, waste facilities, freeways, and other major sources of pollution. 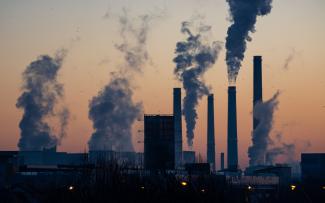 In 2018, the Environmental Protection Agency (EPA) released a report on particulate matters in the environment. The study’s own authors wrote, “results at national, state, and county scales all indicate that non-Whites tend to be burdened disproportionately to Whites.” Black and Brown people are more exposed to particulate matter which makes them more at risk for conditions like asthma, high blood pressure, and cancer.

The authors even added that race plays a larger factor than socioeconomic status and that any solution to address this issue would have to factor in race.

We know that these pollutants are not only contributing to poor air quality but that they are actively accelerating climate change which disproportionately impacts Black and Brown people.

Another side-effect of environmental racism.

“Like so many aspects of the climate crisis, heat doesn’t affect all people equally,” wrote Rachel Ramirez for Grist. “Marginalized low-income communities of color, especially those in larger cities such as New York and Los Angeles, bear the brunt of heatwaves…a phenomenon known as the ‘urban heat island effect.’”

But the problem of major pollutants and increased emissions shouldn’t be so pronounced when there is a myriad of companies working on improving air quality.

Biotechs like Gevo, Poet, and LanzaTech make transportation fuels with little to no carbon footprint using natural sources like algae, soybeans, rice straw, or even waste.

There are also companies like Virent who are recycling atmospheric greenhouse gasses to create plastic that can be composted.

Researchers have even developed a gene-edited American chestnut that will revive the extinct, environmentally friendly tree which has immense potential to clean up the atmosphere because it uses more carbon dioxide to grow than other trees.

Despite viable solutions, the access to these technologies has been stalled by lack of policies that incentivize companies to choose greener alternatives for the fuels and plastics they currently use.

That has to change.

Speaking in a BIO Digital panel on the many repercussions and lingering effects slavery and the Jim Crow era, Dr. Tony Coles, CEO of Cerevel Therapeutics, said, “What we really needed to do was CRISPR that mutation out of our social DNA.”

Editing the genome of our social DNA is going to take clear, deliberate, steps such as addressing air quality and climate change head-on.

As recent discussions have brought to light, racism runs deep in every facet of American life. However, some things can be fixed starting right now.