Day three of the 2019 BIO World Congress began by awarding three individuals who have had a profound impact on industrial and agricultural biotechnology. It was a fitting moment because, just like them, #BIOWC19 is bringing people, ideas, and technology together to bolster the bio-economy and address society’s most pressing challenges.

Recognizing Leaders and Innovators: Advances in industrial and agricultural biotechnology are thriving across the globe as countries turn to companies innovating to address climate change, food security, and health. This rapid expansion would not be possible without industry advocates promoting the benefits of biotechnology.

Former Iowa Governor and former U.S. Department of Agriculture (USDA) Secretary Tom Vilsack was awarded the 12th annual George Washington Carver Award for Innovation in Industrial Biotechnology. He has been one of the strongest advocates in promoting America’s bio-based economy. From his time serving as the governor of Iowa—a leading state in biomass and renewable chemical production and America’s top ethanol producer—to his leadership at USDA, he has consistently championed policies that advanced industrial biotechnologies and grew America’s rural economy. 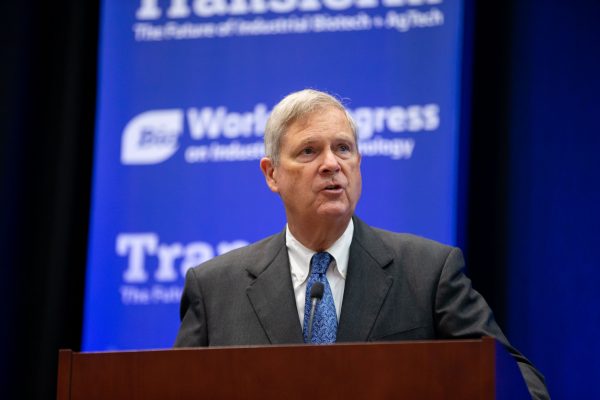 Reshma Shetty, the co-founder of Gingko Bioworks, was awarded the Rosalind Franklin Award for Leadership in Industrial Biotechnology and Agriculture. Each year, this award is given to an outstanding woman in industrial or agricultural biotech who has made significant contributions to the advancement of the bio-based economy and innovation. 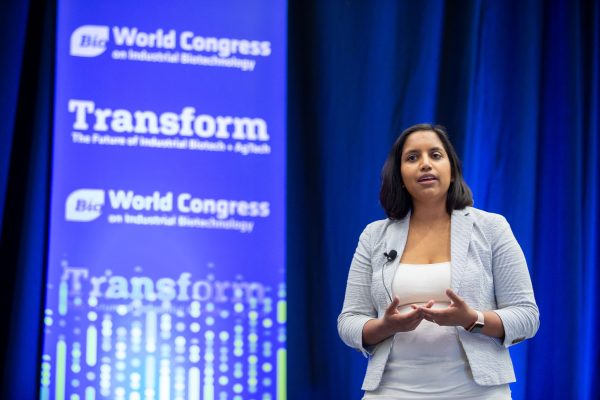 Mario Pennisi, of Elo Life Systems Inc., was awarded the BIO Leadership and Legacy Award in Industrial Biotechnology and Agriculture. With a career spanning more than 35 years, Mario is an experienced and sought-after life sciences professional, industry advocate, and trusted advisor. Due to his work, he was recently recognized by The Courier Mail as one of Queensland’s 100 most influential people. 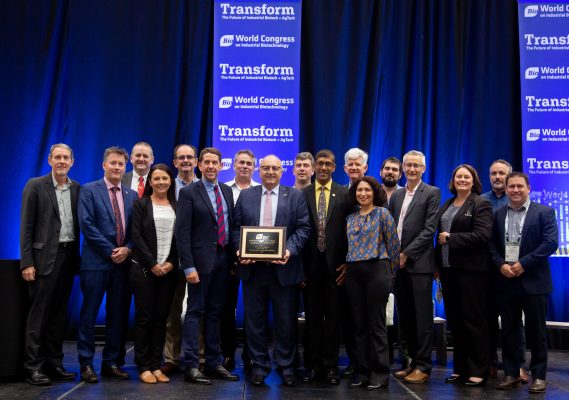 Investing in a Bio-Based Future: The second plenary session of the day focused on how a sustainable society is dependent on countless individuals and entities. Farmers, refiners, manufacturers, distributors, retailers, consumers, and governments are all interconnected. How this chain interacts will dictate if we can meet society’s food, textile, product, and fuel needs without compromising future generations.

One question from the session’s moderator, Cargill’s Marty Muenzmaier, that sparked an engaging conversation was: How do you define “sustainability” and what are the key aspects of measuring it? 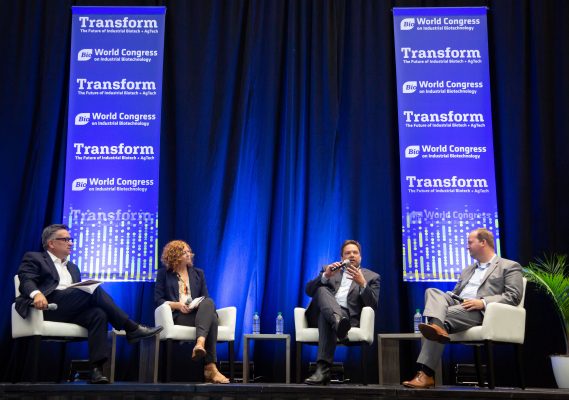 BIO Buzz Center With Cassie Edgar, Tropic Biosciences: Americans rely on their local produce sections being stocked full with a variety of fruit and vegetables. Popular fruits like the banana, however, have been and will continue to be under threat from climate change. Tropic Biosciences is one company that is exploring new tools like gene editing to protect the banana and other produce that we love. Cassie Edgar with the Tropic team stopped by the BIO Buzz Center to talk about the work the company is doing.

The gene editing talks also asked: What will it take to see gene editing flourish as a successful tool in the food system of tomorrow? Barb Glenn, CEO of the National Association of State Departments of Agriculture, said trust and engagement with consumers are important as well as an inclusive government process:

BIO Buzz Center With Kelly Hawkinson, DSM: One of the most critical innovations to Iowa’s bio-based economy is the development of biofuels made from crops grown right here in the Hawkeye State. Whether it’s ethanol made from corn or other advanced biofuels made from new feedstocks like carbon-rich gases, biofuels hold tremendous promise to decarbonize our roadways and airways. DSM’s Kelly Hawkinson stopped by the Buzz Center to discuss the work her company is doing with biofuels and other bio-based products.

New Age Meats is making meat from animal cells. The company’s first pork sausages were made with a few cells from a pig named Jessie. The cells were grown in a nutrient-rich broth, and two months later…sausages!

Go Deeper: Business Insider: We tried the first lab-grown sausage made without killing animals. It was smoky, savory, and tasted like breakfast 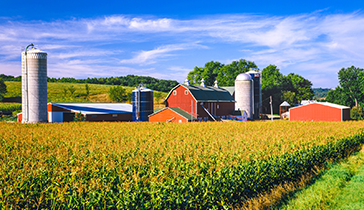