September 15, 2017
This week the California Senate passed a tremendously flawed bill that would hamper the ability of entrepreneurs to bring new prescription medicines to 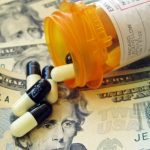 patients while threatening California’s leadership in biopharmaceutical innovation. This bill also passed the state Assembly earlier this week and is headed to Governor Brown’s desk to sign it into law.

As BIO President and CEO Jim Greenwood pointed out in a letter to the editor of The Sacramento Bee today, it is an under-reported fact that drug prices are remarkably stable. The Centers for Medicare and Medicaid Services reports that growth in prices for all drugs was just 2.1 percent last year, and it’s expecting even less growth this year.

Biotechnology innovation is not only providing enormous benefits to patients and value to the healthcare system, but it is a proven job creator, directly employing over 242,000 Californians in good, high-paying jobs, with billions invested in the state annually.

BIO will continue to oppose legislative efforts, such as Senate Bill 17, that harm patient access to needed care by undermining competition, disrupting existing drug product availability, or stifling investment in the innovation ecosystem through misguided government intrusion.
More on This Topic