December 14, 2017
A law paving the way for GM crops is aimed at tackling the acute food shortages faced by almost 11 million Ugandans, despite experts’ fears over the technology. The Guardian reports on the unfortunate politicizing of a life-saving technology

After an afternoon drizzle, Ephraim Muhereza carefully scouts his three-acre banana plantation in Gayaza, Wakiso district, plucking male buds from trees. This will stop his plants from catching the notorious banana bacterial wilt, which has destroyed many farms in Uganda.

“We have been told that to reduce the spread of the wilt. We have to cut them so that bees that visit them don’t spread the disease,” he says.

But the introduction of a law in October could solve the problem for Muhereza and his fellow farmers. After five years of deadlock, parliament passed the national biotechnology and biosafety bill (pdf), paving the way for the cultivation of genetically modified crops in Uganda. 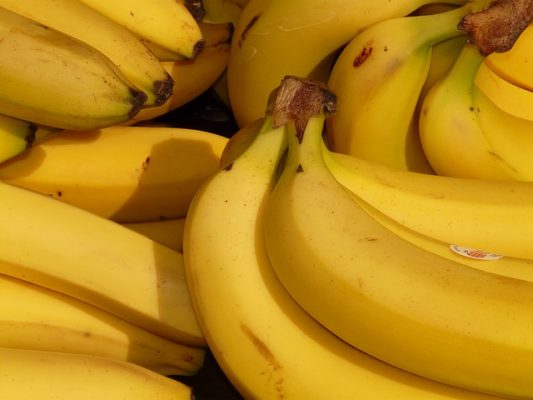 Trials for a GM banana variety, which is resistant to wilt and contains vitamin A, have been ongoing since 2004 in an effort to improve production. The law will mean this crop can be released to the public.

The new measures also provide safety guidelines and call for a committee to approve any company that wants to plant or sell GM seeds in Uganda. The national varieties committee will monitor scientists and has to approve technologies before they are released to the public.

“Now that the law has been passed, we’re able to go for open-field trials [of the technologies] before releasing them to the public,” says Priver Namanya Bwesigye, a plant biotechnologist at the National Agricultural Research Organization. She adds that GM bananas could be released for public use in 2021.

But not everyone is happy. Agriculture experts meeting in Kampala in August concluded that Uganda was not ready for GM crops.

Lilian Anguparu, the general manager of Amfri Farms Limited, which produces and exports organically certified products, says: “Trying out a system whose aftermath we even do not know is something very risky … in my view, GMOs are not the right way to go.”

Critics say GM crops will make farmers beholden to big agribusiness by having to buy seeds every season. Farmers in Uganda produce between 80% and 85% of their own seeds (pdf), saving some of their harvest as seed for the next planting season.

“Farmers will still be free to grow their indigenous seeds and save them for another season if they want,” Bwesigye says. “But the yield won’t be enough to ensure food security or [a good] income.”

Prof Ogenga Latigo, an MP and champion of biotechnologies, says there have been numerous attempts to scare people about GM crops. Writing in the Uganda Observer recently, he said: “The scaremongering is, however, essentially unjustified and absolutely unjustifiable in science, facts and realities.”

He says there is little difference between GM crops and those grown conventionally. “The only difference now is that crops modified through the process of genetic engineering or biotechnology are called GMOs, and are feared and demonized, whereas all the other crops that are also genetically modified using conventional breeding methods – they are now called non-GMOs, are not feared or demonized, and are easily accepted.” 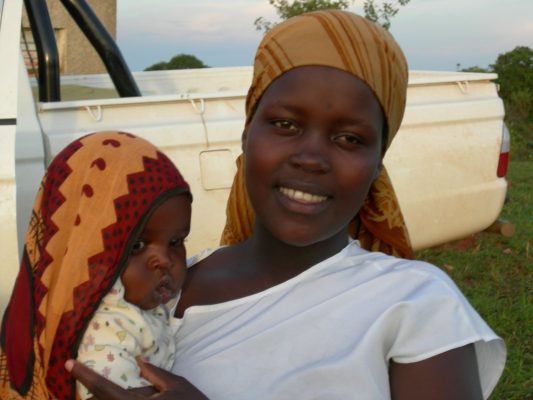 In January, an assessment of national food security concluded that 10.9 million Ugandans were experiencing acute food insecurity, due to climate change, pests and diseases.

The new technologies are expected to tackle food shortages and the problem of malnutrition. About 30% of Ugandans are said to eat food that lacks nutritional value, according to the 2017 national household survey.

Scientists say the GM banana will fight vitamin A deficiency. In Uganda, on average, 30% of people do not get enough of this vitamin, Bwesigye says: the World Health Organization classifies the situation as grave if 15% of the population is deficient.

“[Malnutrition] is rampant in communities feeding a lot on staple [crops],” she says. “We are addressing communities feeding on these bananas every day.” She says the culture in Uganda is still for people to feed on staples and little else, rather than having a more varied diet that includes vegetables.

Uganda is a signatory to the Cartagena protocol on biosafety (pdf), which aims to ensure the safe transfer, handling and use of organisms resulting from biotechnology. But such protocols may still not be enough to silence the critics of GM crops.
More on This Topic