January 31, 2018
Africa is known for its diverse cultures, expansive landscapes, dramatic coastlines, luscious forests and exotic wildlife. Much less is known about the continent’s rising cancer epidemic, but it’s all too real. Shockingly, 60 percent more Africans die from cancer today than from malaria.

Africa is home to several of the world’s fastest-growing economies and 16 percent of the world’s population. Many African nations have growing middle classes, and as demographics on the continent shift, the disease landscape is evolving with it. Non-communicable diseases are on the rise, and incidences of cancer in Africa have doubled in the last two decades. 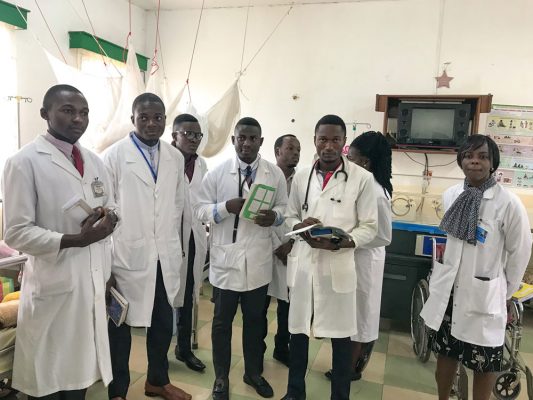 African healthcare systems are ill equipped to handle the dramatic spike in cancer diagnoses. One in five African countries have no access to cancer treatments at all, and 80 percent of cancer tumors diagnosed in Africans aren’t discovered until they’ve spread to other organs. Without intervention, cancer deaths in Africa are expected to rise by 70 percent over the next 12 years.

As chairman of BIO Ventures for Global Health (BVGH) – a Seattle-based global health nonprofit – I helped launch the African Access Initiative (AAI) at BIO International Convention last June in San Diego to address this unfolding tragedy. Already Pfizer and Takeda have signed on as founding partners and made commitments to provide access to their cancer medicines in Africa.

But the magnitude of the crisis is hard to overstate:

We know lack of education, awareness and preventative care are significant barriers to early detection and successful treatments. So are limited infrastructure, oncology specialists, technological capacity and the absence of an African Cancer Registry to track treatments and outcomes.

The African Access Initiative is a program driven by Africa for Africa. BVGH is working one hospital at a time to generate data on how to tackle the continent’s cancer crisis. BVGH President Jennifer Dent has visited top hospital officials and completed needs assessments in 15 African hospitals and five countries, while 16 more are underway. Traveling country by country, Dent and her team are surveying specifics on the cancer burden, national diagnostic capabilities, barriers to access, treatment practices and options to determine what drugs and therapies are most urgently needed.

This is a part of the world where the biopharmaceutical industry can play an outsized role in improving mortality rates and quality of life for patients and their families. As AAI moves into its implementation phase this year, it will be incumbent upon the biopharma community to demonstrate corporate social responsibility and step up with contributions equal to the magnitude of the crisis our African neighbors face.
More on This Topic