A Center for Advancing Translational Science can spur new therapies 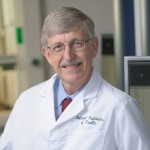 Sometimes, spurring the development of new drugs and therapies can be like trying to a cross shark-infested water without a bridge, Dr. Francis Collins, director of NIH, said during his keynote at the Translational Research Forum during the 2011 BIO International Convention.

However, during a time of unprecedented scientific advances, but increasingly limited resources, the public and private sectors must learn to combine their respective efforts to relieve human suffering.

Dr. Collins gave a rapid fire summary of his vision of what the proposed National Center for Advancing Translational Science can achieve to help spur the development of new drugs and therapies.

The new center will focus on areas like identifying promising targets for drug development, testing cell based models for predicting drug safety, working with the FDA to bring new science to regulatory reviews, helping with Phase Zero clinical trials, finding new uses for approved and abandoned drugs, as well as establishing the BIO supported Cures Acceleration Network designed to invest up to $15 million in grants for therapies the private sector is unlikely to pursue.

Collins ended by saying that NIH is focused on bringing the best expertise, including those with industrial experience, into the system.
More on This Topic