Consumer Reports Does Consumers No Favors 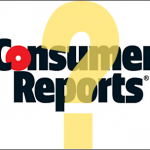 Like most people, I enjoy Consumer Reports for their ability to provide fact-based product reviews when I’m shopping for a new toaster or a computer or a car.  So it’s disheartening to learn that Consumer Reports' advice isn’t always fact-based.

Take, for example, their recent article “GMO foods: What you need to know.”  I wish the title of this was “GMO foods: What Consumers Union wants you to believe.”  Consumers Union – as noted in their own article – is the advocacy arm of Consumer Reports and has pursued a political agenda for years against biotechnology and GMOs.  So how much of Consumer Reports' “advice” on GMOs foods needs to be taken with a grain of salt?

Are GMOs bad for my health?

The most credible scientific organizations in the world, including the National Academies of Sciences, United Nations Food and Agriculture Organization, and the World Health Organization, among others, have produced hundreds of studies supporting the safety of genetically modified foods.  In fact, a new study evaluates 29 years of evidence and concludes that there is no difference between GMO foods and conventional or even organic foods.

The Consumer Reports article points out:  “Those who support using GMOs point out that Americans have been eating foods containing them for more than 15 years and that there’s no credible evidence that people have been harmed.” This is true, although Consumers Reports goes on to argue “saying there’s no evidence of harm isn’t the same as saying they’ve been proved safe. “

Academic expert Kevin Folta responds to such allegations on safety by stating that there is no way one can PROVE safety:  “They criticize scientific reports as not demonstrating safety, when there is no scientific way to demonstrate safety.  You cannot prove that anything is safe.  You can only demonstrate, under your conditions, in one test, that there is evidence of harm.  That's it.”

Why the labeling debate?

We agree that food labels can be confusing.  And that’s why we are part of a coalition of farm-to-fork organizations that support a federal legislative solution that will protect consumers by eliminating confusion around food labels while advancing food safety.

The American Association for the Advancement of Science, the most prestigious scientific organization in the country believes, “Legally mandating such a label can only serve to mislead and falsely alarm consumers.”

“We want consumers to have the information they want on how their foods are grown, but that information needs to be conveyed in a way that doesn’t demonize the technology or further add to consumer confusion,” says Cathleen Enright, BIO’s Executive Vice President for Food and Agriculture.  “One way for consumers to get more information on GMOs in food is to visit the GMO Answers website and ask a question or read through some of the hundreds of questions already asked and answered.”

Do GMOs harm the environment?

Consumer Reports acknowledges that the use of biotech crops has led to a significant decrease in insecticides, but maintains that the use of herbicides – especially glyphosate – has increased.

A recent PG Economics report concurs:  “Crop biotechnology has reduced pesticide spraying (1996-2012) by 503 million kg (-8.8%).  As a result, the environmental impact associated with herbicide and insecticide use on the area planted to biotech crops decreased by 18.7 percent.”

“The increased use of insect-resistant crops has reduced the need for chemical insecticides and the adoption of herbicide-tolerant crops have enabled farmers to switch to more benign herbicides to help control weeds,” says Enright.

What is “a more benign herbicide?”

“Glyphosate is a non-selective, broad-spectrum herbicide that targets an enzyme in plants not found in humans and has the ability to bind to soils, which prevents it from leaching into ground water. And when it unbinds, it is degraded by soil microbes. Because of its safety profile and value to farmers, it has become the most popular herbicide worldwide.

“Therefore, it is surprising and disappointing that some environmental activists continue to vilify chemicals in general and, recently, to target glyphosate in particular. It is especially strange that a herbicide in the EPA’s ‘most favorable’ safety grouping is the object of so much antagonism. Glyphosate is, in fact, less toxic to humans than some ‘natural’ pesticides used in organic production, such as rotenone and copper sulfate.”

This is a question that prompts emotional answers from both sides of the debate.  What’s so costly about changing a food label?

A recent study conducted by Professors William Lesser and Susan E. Lynch of Cornell University estimates that the increased food costs per household could reach “more than $500 annually” for a family of four.

Lesser and Lynch stated that if the labeling law were adopted it will have additional costs, not necessarily passed on in the form of higher food prices, but in costs to area residents. Those costs consist of lower farm income associated with reduced production of GM crops (which are profitable for farmers), reduced environmental benefits, and liability faced by the region in the likely event of a lawsuit challenging the form and/or legality of a labeling law.

It is important to note that existing voluntary labeling regimes – such as certified organic and the Non-GMO project – provide this choice for consumers who wish to pay premiums for them.  Market-based labeling programs such as these don’t force unneeded costs on all consumers and taxpayers, and they have proven to be successful.  Surely this is something that even Consumer Reports could support.
More on This Topic