Dealing with Rejection, the Regulatory Kind

March 27, 2012
The ubiquitous CRL in biotech has made its way into the news headlines again. But is the Complete Response Letter a game-changing hurdle for a biotech, or is it par for the course these days?

It turns out that almost half of NDA/BLA filings get rejected by the FDA on the 1st round. However, most companies resubmit their application, and by the 2nd review 75% of drugs gain FDA approval. After heading for a 3rd attempt, the cumulative percentage climbs to 83%. After that there is little data to support that subsequent submissions materially impact the probability of approval. 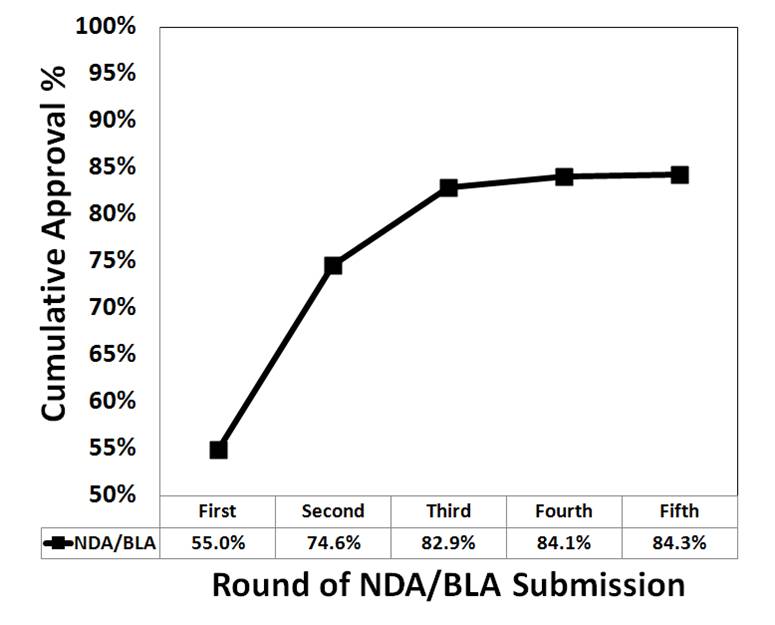 These percentages come from our BIO/BioMedTracker analysis of FDA reviews from 2005-2010 (n=748). The exact percentages for cumulative approval rates are shown in the chart above.

As it relates to content within the CRL, here is an interesting point: When we analyzed 83 NDA/BLA filings that never made it to approval (i.e. were finally suspended by the sponsor), only one was attributed to a manufacturing issue.
More on This Topic