June 14, 2012
A lot has been written about the “battle” between biotech and organic.  Organic proponents claim biotech is a big evil – complicated technology invented by large-scale corporate agriculture to takeover farming as we know it.  Meanwhile, biotech proponents struggle to explain the science, promote the technology’ benefits and promises, and insist that biotech is key to feeding the world. 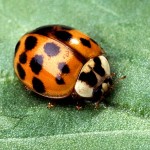 Hank Campbell of Science2.0 and Alex Berezow of RealClearScience put a new spin on this debate in recent blogs that reference a new study published in Nature about biotech’s environmental benefits.

It's a nightmare for Whole Foods shoppers; what if genetically modified crops produced by evil scientists who only care about profits for their employers (i.e., the same as every employee of Whole Foods and its organic Mega-Farm suppliers) are actually good for the ecosystem?

We already know that genetically modified foods are as good for people as organic foods – or better if you'd prefer not to get E. coli from your food. We also know that, despite the silly claims, organic food is incapable of feeding poor people while genetically modified foods have brought prosperity and nutrition to a billion people worldwide in the last decade, and they have done it without using more land and with less harmful pesticides.

A new study in Nature shows that genetically modified organisms have one more benefit; they provide a kind of 'herd immunity' umbrella for the entire ecosystem, the same way smart parents who give their kids vaccines are protecting the children of anti-science hippies who don't believe in vaccines - a demographic with a lot of overlap in organic food shoppers who distrust GMOs.

One of the hallmarks of the organic food movement is a wholesale rejection of much of the agricultural technology – particularly biotechnology – that has benefited mankind over the past several decades. For organic foodies, genetically modified (GM) crops remain public enemy #1, in part because they (falsely) believe the crops are bad for the environment.

Just imagine the irony if a scientific study were to discover that merely cultivating GM crops provided a healthy boost to the local ecosystem, including to organic crops.

Well, what do you know? A new paper in Nature does exactly that.

The cotton bollworm is an insect larva that, as its name implies, devastates the cotton plant. There are essentially two ways to control it: Smother a field in insecticides or grow cotton that has been genetically modified with a toxin derived from the bacterium Bacillus thuringiensis (Bt).

For years, the Chinese tried the first approach. However, soaking fields with insecticides is expensive and environmentally damaging. In 1997, the Chinese government switched to Bt cotton as a way to control the bollworm population.

Because insecticides kill indiscriminately, they kill many species that are beneficial to farmers – such as spiders and ladybirds. These predator species feast on aphids. (Yes, those cute ladybugs eat other insects.) Thus, the chain of events goes like this: Bt cotton allows farmers to use less insecticide, which causes predator populations to increase, which then leads to a decrease in the population of aphids.

This is a win not only for farmers, but also for the environment.

Read more at RealClearScience.com.
More on This Topic