DuPont Turns to Science for Answers

December 17, 2015
Never has it been more vital to find scientific fixes to the environmental problems facing our planet. Our petroleum-dependent global population is sprinting past seven billion, and with energy needs growing, one solution lies with biotechnology – using biology instead of geology to power our world. 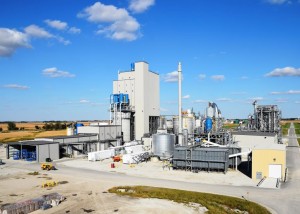 For nearly 215 years, DuPont has turned to science for answers, and at this critical juncture more than ever, this strategy holds. On October 30, DuPont celebrated the opening of the world’s largest cellulosic ethanol plant – a “biorefinery” that will produce 30 million gallons of second-generation biofuel from corn stover (the stalks, leaves and cobs left in fields after harvest). Not only is this facility using a renewably-sourced feedstock – locally grown in Iowa fields rather than extracted from the earth and transported thousands of miles – the fuel it produces offers 90% fewer greenhouse gas emissions as compared to gasoline.

This is an energy solution we can’t afford not to capitalize on – and the United States isn’t the only country in the game. DuPont has announced partnerships with others invested in an economically-sound clean energy future – most recently with NTL Industry Co. to build China’s largest cellulosic ethanol plant in the corn-rich Jilin Province. This facility will implement DuPont’s technology, from the feedstock supply chain to the plant construction to the enzymes used and processing of the fuel.

DuPont factored sustainability into every step of this process – beginning in the field. DuPont has been working with growers within a 30-mile radius of the Nevada, Iowa plant for years, partnering with Iowa State University and the US Department of Agriculture to create a supply chain that was sustainable in every respect – so that farmers were satisfied with the long-term quality of their soil and the management of their fields before and after stover harvest, while also ensuring DuPont gets a reliable feedstock, year after year. A renewable supply chain is essential to the life of a plant – here and across the globe as more and more companies adopt this technology in countries that aren’t hamstrung by regulatory inconsistency.

Needless to say, we are disappointed with EPA’s final rule setting 2014 to 2016 Renewable Volume Obligations under the RFS. Instead of setting biofuels volumes based on the industry’s ability to supply fuel as Congress legislated, EPA has injected infrastructure presumptions into the calculation. Not only is this not EPA’s authority, but much worse: this approach undermines fundamental principles of the RFS that have served as the foundation for the economic, energy security and environmental successes of the renewable fuel sector in the United States to date.

The EPA’s ruling is particularly unfortunate because it will discourage investment in cellulosic ethanol development and other advanced biofuel technologies in the United States. We have already seen reluctance from investors and companies in the U.S. – and private investment will continue to shift overseas to countries that are showcasing leadership on this issue.

It isn’t hopeless – we’ve seen encouragement from fellow forward-looking companies like Procter & Gamble, who recognize that consumers around the world have a growing desire to reduce impacts to climate change and improve the sustainability of the products they use. Last year, we announced a deal with them for DuPont’s cellulosic ethanol to replace the first-generation corn ethanol currently in Tide detergent. Together, we are offering consumers an opportunity to choose more responsible products which offer lower greenhouse gas emissions while keeping the same excellent performance.

This US-developed technology dramatically reduces greenhouse gas emissions, protecting people and the planet, and it is already bringing new sources of revenue and hi-tech opportunities to rural economies around the world. We look forward to continuing to deploy this technology across the globe and work with both private industry and forward looking governments as we utilize advanced science to create energy solutions for a growing population.

The BIO World Congress on Industrial Biotechnology is the world's largest industrial biotechnology event for business leaders, investors, and policy makers in biofuels, biobased products, and renewable chemicals. Please join us from April 17-20, 2016 in sunny San Diego for a week filled with high-level plenary and breakout sessions, One-on-One Partnering meetings, networking opportunities and more! Follow us on Twitter: @IAmBiotech with #BIOWC16
More on This Topic