October 9, 2015
A number of international media outlets are reporting on EU member states choosing to opt-out of GMO cultivation.  Using a law signed in March giving countries the right to seek exclusion from any approval request for GMO crop cultivation – even if strains have been approved at EU level – 19 out of 28 EU member states are choosing to ban GMO crops, reports Reuters.

Although widely grown in the Americas and Asia, opposition is strong in Europe against GMO crops where political interference and influence from activist groups have discouraged adoption of the technology.

France, among the most vocal opponents to the technology and the bloc's largest grain grower, has banned Monsanto's MON810 maize strain since 2008.  France was among the first countries to use the opt-out scheme to ensure its ban remained in place, followed by other large maize growers such as Italy, Hungary and Germany. 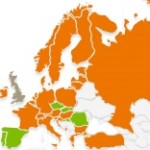 Although it remains unclear how long it could take for new GM seeds to be available in countries that did not block them, farmers and feed producers have little doubt output will grow.

"It's common sense that any maize farmer, be it in Spain or in Portugal or in Romania, would like to reduce production costs and eventually reap a bigger harvest," he said, estimating that GM maize strains under approval would boost yields by at least 15-20 percent.

Despite public hostility to genetically modified foods, Europe is one of the world's major buyers of biotech grain. There are nearly 60 GM crops approved for use in the EU, mainly for animal feed.

Plant Pathologist Steve Savage writes in Forbes that the “opt-out” provision changes very little for countries that never allowed their farmers to access the technology.  “But there are potential biotech traits that would be very helpful for them in the future – a future that will be limited by this opt-out decision.”  Savage points to blight-resistant potatoes and disease-resistant olives as examples.  For Europe’s wine-growing regions, biotechnology can also be used to move disease resistant genes into grapes.

“The opt-out countries are definitely giving up things that would benefit their minority farmer citizens, but when politics trumps science for regulation, the farming community will always be the loser,” writes Savage.

“This is a stop sign for innovation in Europe”, said Jeff Rowe, former Chairman of the Agri-Food Council of EuropaBio, the European Association for Bioindustries.  “European researchers and farmers have lost access to this key-enabling technology and the chance to grow more sustainable crops and remain competitive globally”, he said.

But perhaps the biggest losers of the EU’s new “opt-out” law are farmers outside of Europe.

“If this was simply about some relatively rich countries that represent only a small fraction of global population and had negative ramifications for only their farming community, it would be one thing,” writes Savage.  “Unfortunately, throughout the history of ‘GMO Crops,’ the decisions of EU countries have had widespread ramifications in developing countries where billions of much poorer people live.”

The anti-GMO sentiment that is alive and well in Europe is hampering potentially life-saving technologies in developing nations, especially in Africa: 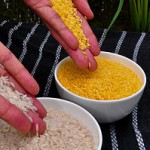 Insect resistant Bt-Brinjal would be an alternative to repeated insecticide treatments, typically applied hand and even by children; Golden Rice could prevent vitamin A deficiencies that often cause blindness and death – mostly in children - in poor regions; And disease-resistant bananas in parts of Africa where new pathogens threaten this important staple crop.