June 29, 2017
Danone, the world's largest yogurt maker, is making headlines again for another possibly well-intentioned, yet short-sighted, effort dubbed "One Planet. One Health."

As part of its efforts to position itself as an advocate for healthy eating, Danone has bought U.S. organic food producer WhiteWave in a $12.5 billion deal, making the company the world’s biggest producer of organic food, Reuters reports.

Danone is seeking to build on the WhiteWave deal with a campaign that promotes itself as a leader in advocating for healthy eating habits. Danone CEO Emmanuel Faber said he hoped the new Danone signature, "One Planet. One Health" would help to address a general consumer mistrust of big, corporate brands.  Faber told attendees at last week’s meeting of the Consumer Goods Forum that consumers will turn their backs on big food companies if they do not do more to address issues like obesity, inequality and climate change.

Unfortunately, Danone’s pledge is a hollow one at best. Danone has once again positioned itself as yet another elitist “big, corporate” food company that uses tag lines and PR to sway consumers into believing it cares about the planet when its actions show otherwise.  Danone is talking the talk without actually walking the walk. 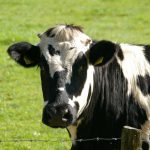 Last year Danone announced it was “committing to getting rid of GMOs” in its flagship brands to further support sustainable agriculture, and farm organizations pushed back.

The fact is eliminating GMOs from the food supply – in the name of sustainability – runs counter to that goal. Over the past 20 years, advancements in agricultural technology like GMO technology – have allowed farmers to use fewer pesticides and herbicides, fossil fuels, and water, and prevent the loss of soil to erosion.

The National Academies study, The Impact of Genetically Engineered Crops on Farm Sustainability in the United States, concluded that use of genetically engineered crops has resulted in “lower production costs, fewer pest problems, reduced use of pesticides, and better yields – compared with conventional crops.”

The “One Health” concept is aimed improving human health by improving the health of plants and animals, protecting the health and safety of the environment and addressing food security issues. The connectivity between these was explored in depth at last week’s BIO International Convention.

[Coincidentally, it’s also explored in the “One Planet, One Health” exhibit at North Carolina’s Museum of Natural Sciences, from which Danone might have stolen their "new" corporate signature. Put it in a Google search and see which one comes up first!]

The safety of GMOs is well documented by the World Health Organization, National Academy of Sciences, and the American Medical Association – just to name three of the thousands of credible scientific organizations that have studied the impact of biotechnology on human health.

More significant, however, are the testimonials of millions of farmers and growers around the world who rely on modern agriculture technologies to help feed the world.

Danone’s approach to consumer outreach is disingenuous and urges our world’s farmers to revert to back to dirtier, less-efficient farming methods. If our world is going to be healthier and well-fed, Danone should embrace technology, not reject it.