July 5, 2017
Kent Messer writes in the The Delaware News Journal about the role fear plays in motivating consumer decisions at the grocery store:

Fear. It’s one of the most powerful human emotions. It can make you fight back, stop you in your tracks, or tread carefully. As a behavioral economist, I analyze what motivates people and how organizations, governments, and businesses influence individual choice. And when it comes to how consumers make their choices regarding food, it’s clear that fear is a big factor.

Think about your recent trip to the grocery store. Products from cookies and vegetables to meats and dairy all compete for your attention with labels touting health benefits or – more disturbingly – proclaiming the absence of perceived “bad” ingredients. It’s the latter type of label that’s at the root of the trend we’re seeing towards fear-based marketing in the food industry. 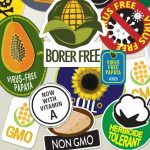 Whether it’s water labeled as gluten-free (which could never contain gluten in the first place), GMO-free tomatoes (all tomatoes are already GMO-free), or “no high-fructose corn syrup” peanut butter (true for all brands across the category), large food manufacturers and retailers – struggling to retain market share in the face of increased competition from upstart niche companies and products – are increasingly using this type of “free from” food labeling to play upon consumers’ food safety fears and misconceptions.

The goal? Distinguish their products from those of their competitors, and drive up sales in the process. While these tactics are often touted in the context of providing “transparency” for the consumer, they aren’t always truthful or based in science.


This trend toward fear-based labeling may help prop up profits for food manufacturers, but it comes at a much greater cost for consumers who are trying to make informed choices for their families.

Labels like these make consumers question their understanding of what’s really in their food and how safe it is to eat.  Many of us have been raised by the saying my mother told me as a kid, “You are what you eat.”  Thus, consumers naturally want to know what is in (and not in) their foods.  However, these labeling practices just cloud the conversation around food ingredients at a time when rhetoric often wins the day over science.

One area where the use of these types of fear-based, “free from” labels is rapidly coming to a head is in the labeling of GMOs in the dairy industry. Last year, yogurt-maker Dannon trumpeted its plans to transition to only GMO-free feed for the cows producing its product, saying that they want to provide consumers with a more “natural” choice, even though the science clearly shows that milk from cows fed GMO-feed is no different than those fed the GMO-free variety.

Dannon even acknowledges this reality and is using this fact, outside the public eye, in an attempt to get a lawsuit against them dismissed. The lawsuit alleges that Dannon’s “all-natural” products should not be labeled as such because the product comes from cows that may have consumed GM feed. In a motion for dismissal, Dannon’s lawyers argued, “The mere consumption of genetically modified food simply cannot affect the genetic makeup of the organism consuming it.” There is no difference in the milk, and Dannon knows it, yet they continue to market this distinction without a difference. 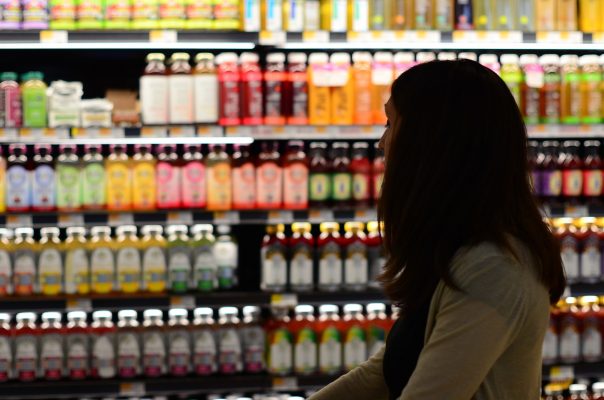 Labels like these also have the potential to stigmatize individual food production methods when they promote one type of technology above another – jeopardizing future innovation and improvements across entire industries. For example, I co-authored a study in which we looked at the potential stigma effect that labeling of both organic and rBST-free milk have on conventional milk. In it, we found that labels that include warning-type phrases like “contains” or “free of” to promote the benefits of one technique might also cast similar products in a negative light.

We’re approaching a similar tipping point regarding the technology behind GMOs. While the safety of GMOs is clear – with the vast majority of scientists confirming that genetically modified foods are safe – confusion and mistrust continues to reign among consumers. That’s thanks in large part to the current “wild west” of front-of-package food labeling that has allowed for a tidal wave of misinformation and scare tactics regarding the technology.

Make no mistake. The stakes in this case are huge.


Rejection of GMO technology, a major agricultural advancement, would threaten the ability of farmers to maintain and promote sustainable farming practices and meet the food and fiber needs of a growing global population.

Growing GMO crops can help the environment.  When a farmer uses GMO crops, it can lead to less water usage, less pesticides, and better soil management. For instance, a Purdue University study determined that eliminating all GMOs from agricultural practice would decrease corn yields by 11.2%, soybeans by 5.2% and cotton by 18.6%. These may seem like small percentages to some. However, to make up the difference, it would take the conversion of an estimated additional 7.7 million acres of forest and pasture into cropland, according to a separate Purdue study. On top of that, a cropland expansion of this magnitude would add “the equivalent of 0.92 billion tons of carbon dioxide to the atmosphere.”

Ignoring the scientific consensus behind the safety of GMO foods has negative environmental consequences. Still, we should respect that some consumers are going to have a desire to know more about the food and the process by which it was developed. Finding that necessary balance will come down to one thing: requiring both transparency AND truth in food labeling. 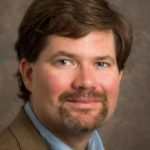