Flashback Friday: How FDA is Changing its Regulation of Biotechnology

HOW FDA IS CHANGING ITS REGULATION OF BIOTECHNOLOGY

By David A. Kessler, M.D.,  Commissioner, Food and Drug Administration

For the last several years, the Food and Drug Administration (FDA) has been re-examining and reforming some of the ways it regulates bio­logics, including medi­cines made through biotechnology. In the past few months, there has been considerable change in the way FDA deals with these products, and the result will be faster and more target­ed reviews that save biotech compa­nies time and money as they bring needed therapies to the public. 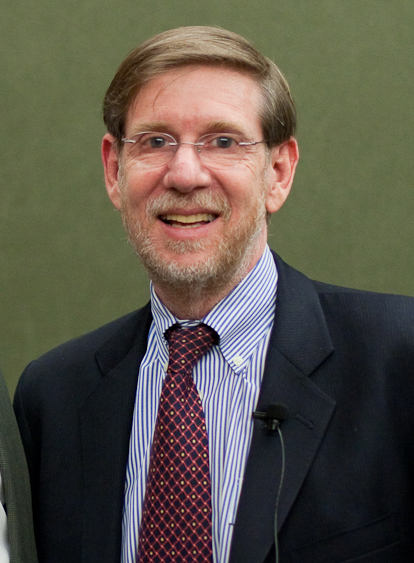 Many of the ideas came from pro­ductive discussion between FDA and the biotechnology community that led FDA to promise certain changes. Today, I can report that we have delivered on those promises. For the changes that have yet to be fully implemented, we are still on target for completion in the time-frames promised.

It is important to remember that everything we do as we modernize our biologic approval process builds on this agency's fundamental mis­sion: to protect consumers from products under our jurisdiction that are not safe or do not do what they are supposed to do and, at the same time, to promote the public health by getting therapies to consumers as quickly as possible.

This commitment to high standards for safety and efficacy has served consumers well and it has served indus­try well, too. FDA-approved products are the gold standard of the world. Our second responsibility ─ to get products to patients expeditiously ─ requires that we strip away unnecessary regulatory and procedural hurdles. This not only allows industry to move promising products from the bench to the bedside efficiently but also enables FDA to use its limited resources well.

So, what have we done to achieve this? The changes started early last year when the Center for Biologics Evaluation and Research (CBER) addressed two of industry's concerns. First was the licensure of small-scale or pilot plants. For some biologic prod­ucts, indust1y had to actually build a large-scale production plant before it could receive marketing approval. That led to a few costly mistakes when con­struction started before the drug was shown to be safe and effective. Now, for well-characterized biotech medicines, the pilot plant can be sufficient to win marketing approval.

CBER's second decision was to sep­arate the filing of a product license application and an establishment license application-PLAs and ELAs. In the past, the FDA required that PLAs and ELAs always be submitted together from the same company, a policy that prevented indust1y from submitting one or the other application when it was ready. We modified that policy so that the two applications could come in at separate times. This could allow a company to receive earlier feedback from FDA on an application than it would have previously.

After additional study, we an­nounced several new measures in November that represent the most sig­nificant overhaul of the regulation of biotech drugs that the FDA has ever attempted. As biotechnology became more sophisticated, it became possible to characterize some biotech drugs as accurately as a traditional chemical­based medicine, suggesting that the two types of drugs could be regulated in the same way. As a result, the agency decided that it could drop the ELA requirements for well-character­ized biologics while not compromising the quality of these products. The pro­posed rule dropping that requirement was published on January 29 of this year. It must still go through a com­ment period and final rulemaking, but the process is well on its way.

In addition, FDA promised to consolidate the 21 different product and establishment license application forms that were used for biological products into a single form that could be used by both CBER and the Center for Drug Evaluation and Research (CDER). The draft form is now available for use for well-characterized biotech drugs. It is now available through CBER's fax-on­demand system. It, too, will be going through clearance for publication in the Federal Register.

At this point, if a company has a well-characterized biologic for which it is ready to seek a PLA, and the agency agrees that the compound is well characterized, then the company only has to file the new single form. CBER is working with companies to make this transition period as smooth as possible. It is even likely that companies just entering the review process may never need to think about ELAs because they will have been eliminat­ed by the time the product is approved. Of course, if some problem shows up in the rulemaking, ELAs may last longer than any of us expects.

We made several other announce­ments in November including the decision to no longer require biotech com­panies to seek approval to release each lot of a well-characterized biotech product, and the elimination of the need for companies to submit all of their promotional labeling to FDA for pre-approval before they launched a new product. Final rules need to be written, but the process is well along.

Lastly, we promised in November that we would respond to new information submitted by companies in response to a clinical hold within 30 days. We are now doing that. Both CBER and CDER have committed to that response time and are now work­ing on needed internal procedures.

As the discussion between the agency and industry continues, we need to think beyond terms like ELAs and PLAs and focus on the science and the medicine, and then ask what we need to know to determine whether it is safe and effective, and what is the most cost-effective way for the company to submit its infor­mation so we can make good, fast decisions.

The notion that one regulatory struc­ture fits all biologics is outmoded. We simply cannot assume that the ways we have regulated biologics in the past will work for the future. And we no longer are assuming that. I think you will find that this agency recognizes that we need to be flexible enough to, as much as possible, tailor our policies to specific product lines so that safe and effica­cious medicines reach consumers as quickly and efficiently as possible.
More on This Topic