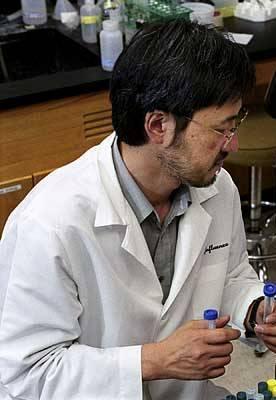 I first became acquainted with the work of Dr. Yoshihiro (Yoshi) Kawaoka at a 2006 CEO Summit held at the University Wisconsin-Madison hosted by UW Alumni John Morgridge. This unique forum was designed for leading Madison Region executives who shared a common experience—being UW Madison alumni. UW Madison, which ties with Harvard for CEO production, was hosting this event to profile recent cutting-edge research (showcased that day by Dr. Kawaoka, Dr. James Thomson, of human embryonic stem cell fame, and Paul Barford, internet security researcher). Dr. Kawaoka impressed me as of course brilliant, cutting edge, and well-spoken enough to both frighten and reassure me about the nature of his research.

Dr. Kawaoka had, at the time, been researching influenza for at least 10 years as a member of the UW Madison School of Veterinary Medicine; soon after this summit, he was to take advantage of the infrastructure of the UW Madison and Madison Region to launch FluGen, an influenza product R&D business.  FluGen is a strong case study in not only top leading research happening at the UW Madison, but also of how the infrastructure of the region helps this R&D spinout into productive, leading global businesses that help heal, feed and fuel the world.

With Gabriele Neumann (UW Madison) and Paul Radspinner (former exec with Deltanoid Pharmaceuticals --Madison and Eli Lilly who assumed position as president and CEO of FluGen), Dr. Kawaoka and his team received exclusive influenza vaccine licensing rights from WARF in 2008 shortly following FluGen’s launch.  Working with the UW Madison’s Office of Corporate Relations, FluGen began travelling the Angel and Venture Capital circuit for funding. To-date, FluGen has received $2.2 million in angel funding and is currently raising an additional $3 million in bridge round funding.

“The combination of great UW science, extraordinary facilites at the University Research Park and the Waisman Biomanufacturing Center, expert assistance and support from OCR and WARF, and venture cpaital will help us to keep scientists like Dr. Kawaoka and their businesses here in Wisconsin,” said Radspinner in a 2008 interview.

In 2008, FluGen was awarded a nationally-innovative tax credit dubbed Act 255, Angel and Venture Fund Tax Credit programs. Act 255 offers Wisconsin income tax credits to angel investors and investors in seed-stage venture capital funds. Those who invest in the businesses are able to claim tax credits under the legislation originally enacted in 2004. Thrive was a key player in a 2009 statwide coalition that pushed to successfully expand these nationally-recognized credits.  FluGen will again benefit from these credits as it grows.

In 2008, UW Madison was awarded a $1.3 million grant from the Bill and Melinda Gates Foundation for influenza research (team headed by Dr. Kawaoka); WARF and Maryland-based Lentigen Corp agreed to broadly disseminate the knowledge generate in this project to the scientific community, meaning that key pieces of the intellectual property created during the project would be donated by WARF to the international research community to improve human health across the globe.

Following a breakthrough by a team led by Drs. Kawaoka and Toko Watanabe in 2008 identifying the genes that enabled the deadly 1918 Spanish Influenza (responsible for killing between 20 and 50 million people), the Bill and Melinda Gates Foundation awarded the UW Madison a five-year, $9.5 million grant to identify virus mutations that would serve as early warnings of potential pandemic influenza viruses. Dr. Kawaoka was the principal investigator on the international team, charged with detecting an early warning system for pandemic viruses. 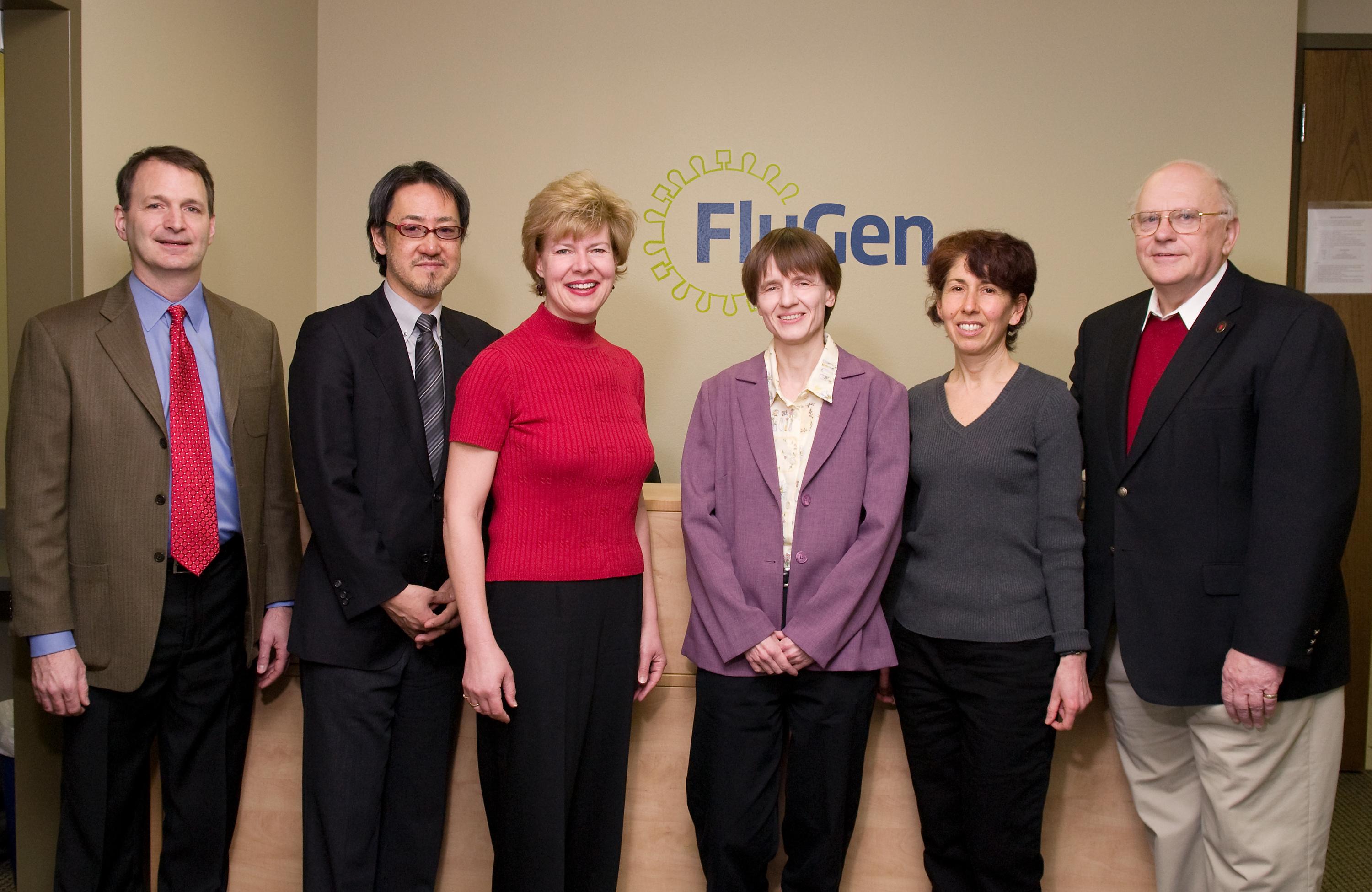 In the meantime, FluGen was developing its product pipeline, and in March 2009 announced that it had secured exclusive rights to a novel, patent-protected vaccine-delivery technology developed by Madison, Wisconsin-based Ratio, Inc. FluGen is in pre-clinical testing of this device and expects in the first quarter of next year to submit an investigational new drug application to the U.S. Food and Drug Administration for approval to enter Phase I clinical trials by mid 2011.