September 14, 2015
Much has been written and discussed online about the relationships between independent researchers and industry groups.  New York Times reporter Eric Lipton wrote about this in a detailed September 5 article, “Food Industry Enlisted Academics in GMO Lobbying War, Emails Show”.

Lipton’s article comes about 6 months after U.S. Right to Know (USRTK) filed FOIA requests for emails and documents of more than forty public university faculty and staff members seeking to link these individuals to public relations campaigns coordinated by biotech companies.  In researching the article, the New York Times FOIA’d documents on its own, including documents and email records of academics with ties to the organics industry.

The issue has prompted players in the GMO debate to be more transparent about its relationships with experts in the academic sector, which is a good thing.  Unfortunately, it has also produced some victims:  scientists with expertise in biotechnology, biology, genetics and related fields are being harassed – even threatened – for speaking up about science and biotechnology.

Dr. Alison Van Eenennaam at the University of California-Davis – for example – has been honored for her efforts to communicate about biotechnology and GMOs.  Just last year, the Council for Agricultural Science and Technology gave Van Eenennaam the prestigious 2014 Borlaug CAST Communication Award for her "outstanding ability to communicate complicated and sometimes controversial scientific issues to the general public, nationally and internationally."

She has given more than 250 presentations around the world and has appeared on national media outlets, including a Dr. Oz episode, “GMO Foods: Are They Dangerous to Your Health?”  Dr. Van Eenennaam is also among the 200+ experts who contribute to the GMO Answers website in an effort to help the public learn more about GMOs and food production.

Such activity isn’t without its risks, as Dr. Van Eenennaam explains in recent blogposts for Science 2.0 and the Genetic Literacy Project: 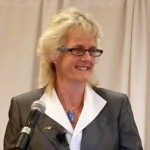 I’m a Cooperative Extension Specialist at the University of California-Davis, researching and teaching about animal genomics and biotechnology. As a scientist, my training is to write in the dry, succinct 3rd person. However, today I’m reflecting on my personal experience with the recent Freedom of Information Act (FOIA) requests targeting public sector scientists and communicators who are engaged in the public discussion about GMOs (genetically modified organisms).

My single, lone Outlook account and calendar house my doctor’s appointments, entries for my kids’ reports and high school events, flight details and reminders for my many and varied outreach activities, emails to my family, and, of course, correspondence to colleagues, students and the varied clientele I work with. This includes many farmers and farm groups, all of whom are in the agricultural “industry”. Some are in the dairy industry; some are in the beef industry; and some are in the organic industry. Some are in the animal health industry. Some are good friends with whom I attend social events; some are just regular friends; others are strictly business colleagues.

On February 5, 2015, six University of California – Davis scientists, myself included, received a FOIA request from U.S. Right to Know. The request was for all correspondence (letters, emails) written or received since 1/1/2012 to or from me and to or from any staff or employees of any of the following organizations:  Monsanto, Syngenta, Bayer or Bayer Crop Science, BASF, DuPont or Pioneer, Dow or Dow AgroSciences, Ketchum, GMO Answers, Biotechnology Industry Organization, Council for Biotechnology Information, Grocery Manufacturers Association, Fleishman Hillard, Ogilvy & Mather, Winner & Mandabach, Bicker, Castillo & Fairbanks, and the NGO No on 37.  That is more than 3 years of email traffic.

In the meantime, I have watched with increasing distress at the way that Dr. Kevin Folta, of the University of Florida, also a FOIA request target, has been portrayed subsequent to the public release of his FOIAed emails.

Like Kevin, I speak at many venues throughout the nation.  Public communication and engagement is part of my job description.  I doubt anyone is much interested that I received travel expenses from the Academy of Veterinary Consultants to speak about the USDA-funded Bovine Respiratory Disease Coordinated Agricultural Project at its meeting in Denver, CO in July 2014; nor that I received travel reimbursement from Tuskegee University to speak at its George Washington Carver Lecture Series about “The future of animal biotechnology and the importance of science communication” in April 2015.

Initially, according to USRTK, the demands targeted only researchers who have written articles posted on GMO Answers, a website backed by food and biotechnology firms. I did volunteer to answer some questions on that site about animal feeding studies for no pay on my own time. I am committed to science communication in as many forums as possible.

However, it quickly became clear that citing GMO Answers was not Ruskin’s real motivation, as many of those targeted at UC and around the country had never written for that site. When confronted with this fact, Ruskin acknowledged that he requested documents from the scientists with no connection to GMO Answers because they made public statements opposing California's 2012 GM food labeling proposition, which was defeated.

Today, the scope of the requests has moved well beyond GMO Answers and California’s Proposition 37. The real target seems to be prominent scientists affiliated with land-grant universities across the United States engaged in public discussion about GMOs. That description fits me; I have been involved in public communication around this topic, and many other related controversial topics.

You do not need to look too far to find controversial topics in animal agriculture. I have spoken about cloning, genomic selection, the AquAdvantage salmon, animal biotechnologies, GMOs, coexistence of different agricultural production and marketing systems and food labeling.

I provide this background as I have been seriously thinking about whether I want to continue communicating about the controversial topic of biotechnology, and specifically the breeding method known as genetic engineering.


The political discourse and social media around this topic are so toxic...Although it’s tempting to avoid the conflict, that would not be true to my nature.

I love extension and I enjoy my job.  I am not going to stop communicating science because I feel what I do is important. As an agricultural scientist and a parent I have an interest in promoting evidence-based public policy.

I think it is imperative that public sector scientists have a seat at the table, and are not cowed into silence about specific technologies or frightened away from talking about controversial subjects.
More on This Topic