Kicking off the half-day of panel discussions was USDA’s Under Secretary for Marketing and Regulatory Programs Greg Ibach, who discussed, among other topics, his agency’s focus to “put together a regulatory framework for today and tomorrow.” 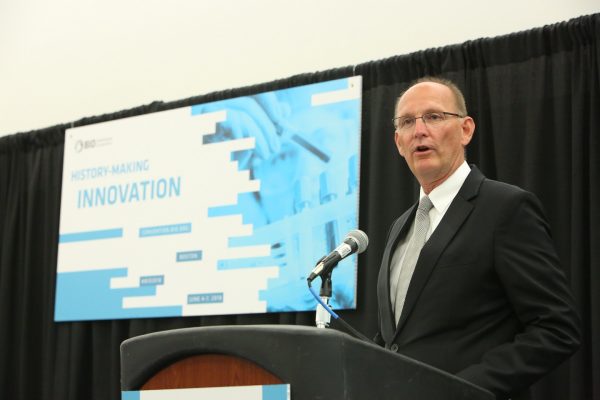 Greg Ibach, USDA Under Secretary for Marketing and Regulatory Programs[/caption]

Under Secretary Ibach provided candid insights into USDA’s rulemaking process for the National Bioengineered Food Disclosure Standard and asked industry to “engage and embrace” in the rulemaking process (due to end on July 3, 2018) to ensure a regulatory system that works across the food and agriculture industry, from small startups to large corporations. 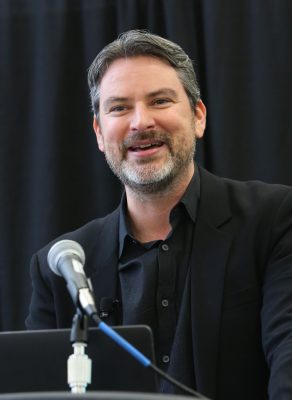 Ibach’s remarks were followed by a keynote address from Trace Sheehan, writer and producer of the film Food Evolution. Sheehan focused on the need for honest, constructive dialogue on either side of the GMO and food innovation debates to drive public acceptance of new technologies.

Sheehan’s focus on constructive dialogue set the stage perfectly for the panel to follow, which included food companies and retailers discussing how they are managing the wave of innovation taking place in the industry and driving consumer acceptance.

Kevin Diehl, Director of Global Regulatory Seed Platform at Corteva Agriscience, noted many of the innovations being developed in the industry are to solve-real world challenges and drive sustainability, such as disease-resistant plants. All the panelists acknowledged, however, that while solutions to real-world challenges will help in driving consumer acceptance of new food technologies, the gap is significant. Even so, Jason Garbell, Senior Director for New Business and Alliance Development at Novozymes, said that food companies “can’t think about innovation as a turn off.” Tammy Lee, CEO and President of Recombinetics, added “science is the key to solving sustainability challenges.”

Following the two-part dialogue, the program shifted focus to the food and agriculture innovation taking place in the convention’s backyard: the New England region. Vermont’s Secretary of Agriculture Anson Tebbetts provided opening remarks before four panelists from the region spoke about their use of biotechnology.

Joanna Lidback, a dairy farmer from Vermont, spoke passionately about the role biotechnology has on her family farm, allowing her to produce products more efficiently and sustain her business. Lidback noted that biotechnology is not just for large food companies and that the innovations in food and agriculture allow family farms like hers to thrive.

Following the “Biotech in our Backyard” panel, the program shifted back to a national perspective with investment experts sharing their insights on the funding ecosystem in agricultural technology.

Finally, to close Food, Health and Environmental Future Day, Jerry Flint, Vice President, Global Initiatives and Sustainability at Corteva Agriscience, hosted a fireside chat alongside Governor Dennis Daugaard of South Dakota and Governor Ricardo Rossello of Puerto Rico. Both governors spoke about their region’s investment in biotechnology and the promise it brings to the future of their economies. 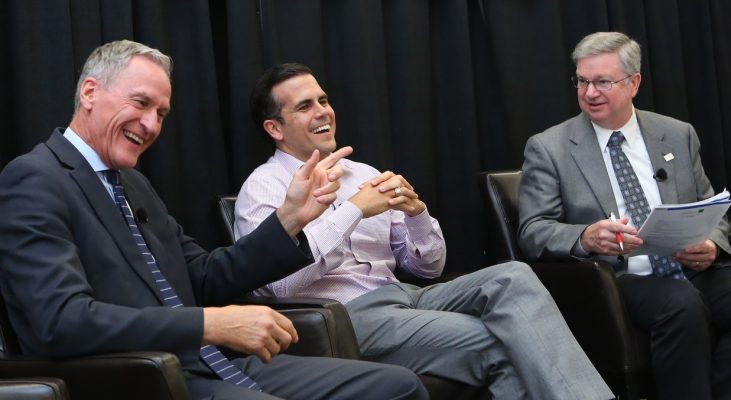