March 30, 2010
The follow-on public offering (FOPO) market has been strong for biotech since early last year, but has it been open to companies at all stages of drug R&D? It turns out that FOPOs have been utilized primarily by late-stage biotechs.  I recently took a look at FOPOs listed in the Windhover Strategic Transactions database that took place from January 2009 to March 2010. Of the 46 drug development companies that raised over $25M in a follow-on offering, over 88% are late stage (in Phase 3 or product on the market). These 46 represent 95% of the $5.8B raised in the last 15 months.  The chart below shows the total amount raised for each company with red bars for late-stage companies, and black bars for companies in Phase 2 or earlier. 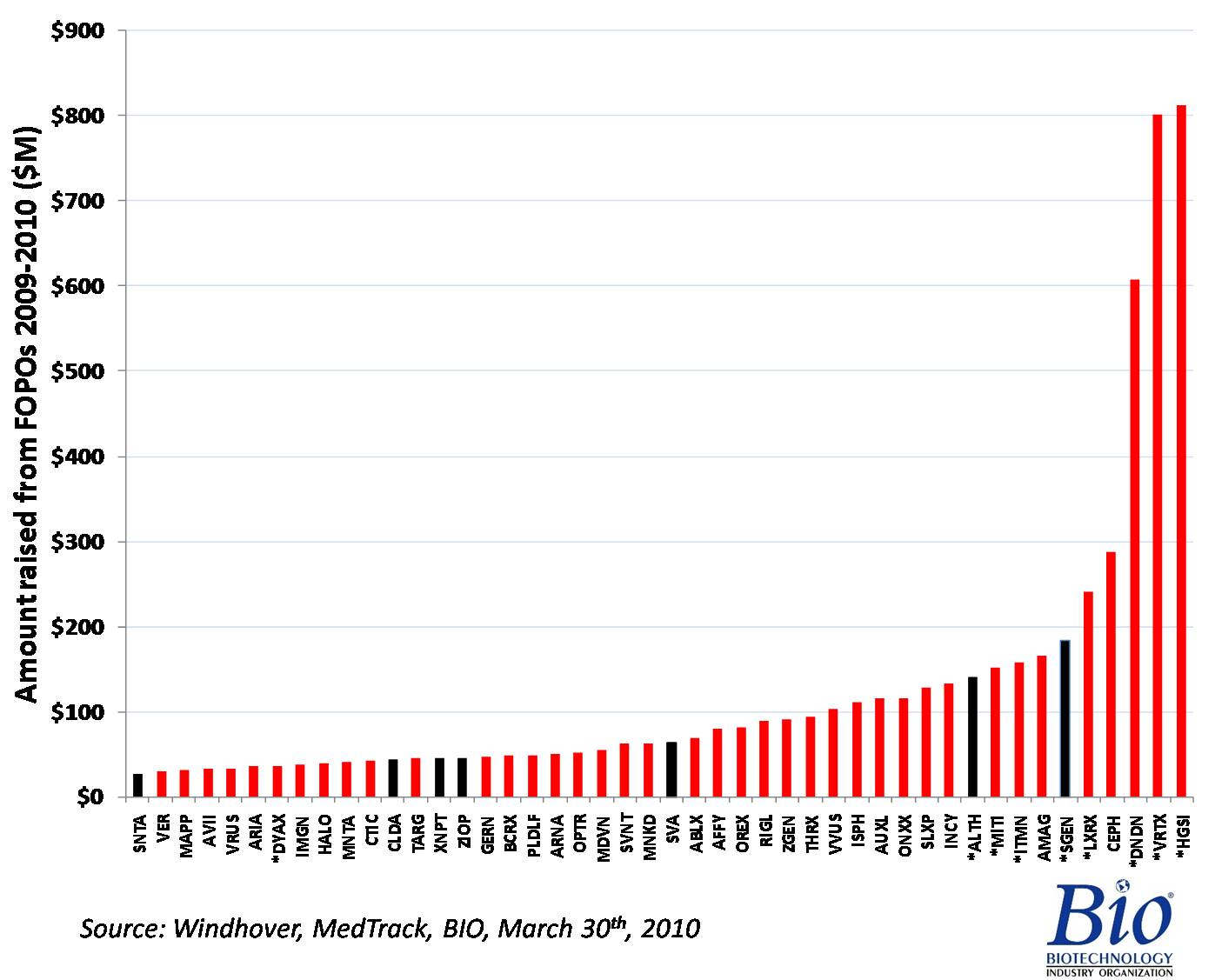 *Companies with two FOPO rounds
More on This Topic