Former Anti-GMO Activist: To Accept GMOs Is To Accept Science

June 25, 2018
There is no doubting that genetic engineering will be a major part of the future of food and agriculture. And even though 88 percent of scientists believe genetically engineered foods are safe, according to a Pew Center poll, and GMO farming can be more environmentally friendly, GMOs have always been met with a lot of public resistance. There is hope, however, that acceptance of GMOs will become more widespread if more people rely on the science-based evidence that supports the technology rather than baseless fear and sensationalism, writes former GMO-opponent turned proponent Mark Lynas in “Confession of an Anti-GMO Activist,” which was recently published in the Wall Street Journal. 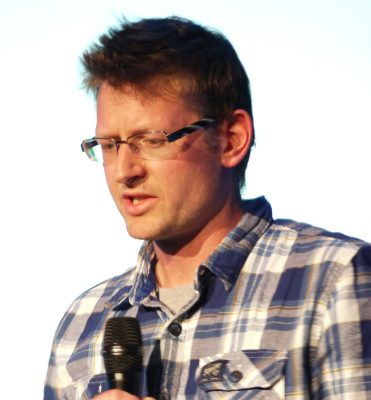 “Opposition [to GMOs] was largely inspired and led by environmentalists, who asserted that genetically modified crops and foods would cause a range of harms.”

Lynas, a science writer, was once so opposed to GMOs that he would protest and lobby to get GMOs banned in stores, even going as far as destroying test fields where GMO crops were being grown and studied. Since his days as an anti-GMO activist, however, he has come to see the harms that he once thought GMOs caused were unfounded in science. Anti-GMO activism was actually doing the opposite of its intention.


“The anti-GMO campaign has deprived much of the world of a crucial, life-improving technology—and has shown the readiness of many environmentalists to ignore science when it contradicts their prejudices. That’s not the example we need just now as the planet faces the very real threat of climate change.

Contrary to our initial fears, the overall impact of genetically modified crops has been to dramatically reduce the amount and toxicity of pesticides sprayed by farmers.”

Opponents of GMOs often spew weak arguments, such as consumption of GM crops leads to cancer, autism or other diseases and disorders, to support their claims. As Lynas notes, however, the science rejects these claims:

Even so, Lynas recounts the internal struggle he faced of accepting the science in support of GMOs as it went against his prejudices. Once Lynas recalibrated his beliefs, reaffirming his convictions to science and supporting GMOs, he received backlash from the community he used to be a part of.


“I have often been attacked, especially by my onetime activist friends, for changing my mind on GMOs. But what was the alternative? To stick to a position that I knew to be false in order to avoid losing reputation? Environmentalism, perhaps more than any other philosophy, requires science. And science means that you must change your mind when the evidence changes, however inconvenient that might be.”

With strong evidence that points to GMOs being perfectly safe, environmentally friendly and an overall improvement to farming, it is saddening that there is still such a huge debate surrounding GMOs. Hopefully soon, for the sake of the environment, more people realize what Mark Lynas has and come to support the science of GMOs.
More on This Topic