The 340B Drug Discount Program is in the spotlight with the release of a new report from the Government Accountability Office (GAO) calling attention to oversight of the program designed to help vulnerable patients gain access to affordable prescription drugs.

As the findings show, the program, which is administered by the Health Resources & Services Administration (HRSA), does not “provide reasonable assurance” that participating hospitals meet eligibility requirements. Specifically, the GAO identified that:

This GAO report is just the latest example in a growing list of concerns that the program has expanded well beyond the intent of Congress, is poorly managed, and is susceptible to abuse.

But the news isn’t all bad. The Centers for Medicare and Medicaid Services (CMS) recently posted an “Informational Bulletin” for state Medicaid programs which outlines ways to avoid duplicate discounts in the program. The notice reaffirms that states are required to have in place a mechanism to exclude 340B utilization from data submitted to the state for the purposes of rebates. The notice also offers various ways in which 340B utilization can be identified by insurance providers, including claims identifiers, and discusses ways in which states can address the difficulty in contract pharmacy claims with respect to Medicaid. For a program that has lost its way, this is an encouraging step in the right direction.

While participating hospitals claim to support “a thoughtful conversation about the transparency of the 340B program,” they have consistently opposed all efforts to introduce any accountability for how they use program savings. It’s time for Congress to step in and take action to refocus the program to its original intent, to provide low-income, uninsured, and underinsured patients access to medicines— instead of boosting hospital profits at the expense of those in need. 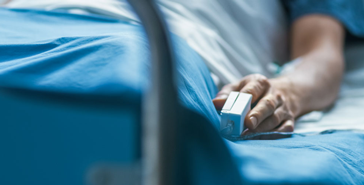