Every year at the BIO World Congress, BIO recognizes an individual who has made a significant contribution to building the bio-based economy through the George Washington Carver Award for Innovation in Industrial Biotechnology and Agriculture.

The annual award is sponsored by the Iowa Biotechnology Association.

George Washington Carver was an alumnus of Iowa State University and had a profound impact on agricultural and industrial production in the state. At his industrial research laboratory, he and his assistants found unique applications for new crops, essentially pioneering the development of bio-based products, materials and energy from renewable resources.

With #BIOWC19 also taking place in the capital of the Hawkeye State, the winner of this year’s George Washington Carver Award could not be more fitting.

This year’s winner is former U.S. Department of Agriculture Secretary and two-term Iowa Governor Tom Vilsack. Vilsack can be credited with helping drive the growth of the industrial and agricultural biotech sectors in Iowa. His tenures as a leader in Iowa’s Senate and Governor run parallel to the growth of Iowa’s bio-based economy – an economy that Vilsack underscored as USDA Secretary as one of the four pillars that support the country’s rural economy.

Today, Iowa is the top producer of ethanol and the corn that is used to make it. Iowa is also home to many food and industrial biotechnology companies innovating to sustain agriculture production and bring about new bio-based products.

Corn is king in Iowa. From the Mississippi River to the border Iowa shares with Nebraska, acres for planting corn exceeds 13 million. According to the U.S. Department of Agriculture, Iowa produces more corn than any other state. In 2016, the state accounted for 18 percent of the country’s total corn production – the second most was Nebraska with 14 percent.

Corn has multiple applications when it comes to industrial biotechnology. Not only is maize is used for food, the vegetable’s yellow kernels carry sugar which can be used in fermentation to make various bio-based products, such as renewable chemicals and biofuels, like ethanol.

2. Iowa is the top producer of biofuels

And speaking of biofuels, Iowa produces more ethanol than any other state. In fact, Iowa and a handful of other Midwestern states—Nebraska, Illinois, Minnesota and South Dakota—account for more than 70 percent of all U.S. ethanol production. Obviously, the abundance of corn in Iowa has a lot to do with their spot at the top, but Iowa is also home to more than 40 biorefineries, according to the Iowa Economic Development Association.

Attendees of the 2019 BIO World Congress will get to embark on a bioeconomy tour of Cargill’s ethanol biorefinery located outside Des Moines in Eddyville, Iowa. The tour will take place Thursday, July 11 from 10 AM – 4 PM. BIO World Congress attendees will also get to tour other facilities in the region, including to Bayer and Corteva’s operations, as well as the Renewable Energy Group.

The facilities that are part of the bioeconomy tours at World Congress represent only a fraction of the biotechnology facilities in the state. Iowa is home to many biotech companies and the Iowa Biotech Association represents more than 100 companies across the state.

Many of these companies are advancing the bio-based economy by developing industrial enzymes, genetics for livestock and seed, biomass technologies and food, and healthy food and beverages.

Iowa’s thriving industrial biotech industry can be credited to the state’s abundance of available biomass, which are the source materials—crops, wood and waste—used to create biofuels and other biomaterials. According to Forbes, Iowa is one of the top five biomass-producing states, along with North Dakota, Mississippi, Georgia and North Carolina.

At the 2019 BIO World Congress, the role of biomass to create sustainable products will be on full display in various sessions from the renewable resources used to create Renewable Chemicals for a Sustainable Planet, or the biomass feedstocks used to develop New Frontiers in Bioenergy.

5. Iowa will school you in biotech

Located just up the road from the 2019 BIO World Congress in Des Moines in Ames, Iowa State University’s Biorenewables Research Laboratory is a visible “front door” to the many diverse and broad-reaching programs in biorenewables offered at the university. Additionally, ISU’s Bioeconomy Institute and the NSF Center for Biorenewable Chemicals are headquartered in the lab. ISU is training the future leaders who will be further advancing the bio-based economy in the coming decades.

Be sure to get to the BIO World Congress early on Monday, July 8, so you can tour ISU’s lab and learn how products are going from the lab to the field.

To learn more about the 2019 BIO World Congress, click here. 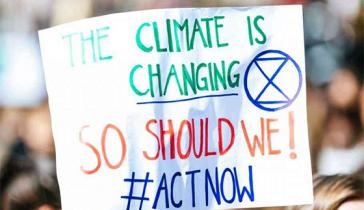