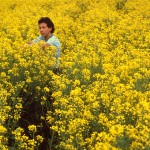 Millions of farmers around the world continue to choose to plant and replant genetically modified (GM) crop varieties because of their environmental and socio-economic benefits and the important role they play in maintaining food security, according to a new study.

The report, Global Status of Commercialized Biotech/GM Crops: 2013, released annually by the International Service for the Acquisition of Agri-Biotech Applications (ISAAA), says a record 18 million farmers in 27 countries are growing biotech crops on 433 million acres.

Ninety percent of these are resource-poor farmers in developing countries where increasing agriculture production is a basic need.


The global hectarage of biotech crops have increased more than 100-fold from 1.7 million hectares (4.2 million acres) in 1996 to over 175 million hectares (432 million acres) in 2013 – this makes biotech crops the fastest adopted crop technology in recent history. This adoption rate speaks for itself in terms of its resilience and the benefits it delivers to farmers and consumers.”

Among the report’s highlights:

*The International Service for the Acquisition of Agri-Biotech Applications (ISAAA) report, Global Status of Commercialized Biotech/GM Crops: 2013 and accompanying materials are posted at www.isaaa.org.
More on This Topic