This Halloween season, ghosts and ghouls are something to worry about! Genetic engineering? Not so much. Similar to scary campfire stories, every once in a while, someone will share a terrifying tale about how genetic engineering caused an impossible reaction to someone they know and promise it really happened. But you can be rest assured that just like the urban legends, these stories are not true. Here are some common truths to combat common misconceptions.

Truth: There are 10 GMO crops commercially available and one GMO food animal—salmon. Of the commercially available GMO crops, most of them are not in the fresh produce aisle, so you can’t walk into a grocer and pick up GMO corn. GMO corn is most likely an ingredient in your favorite cereals or tortillas, but not just sitting out in the open. The Arctic Apple, however, is a GMO that you can buy and eat as are GMO papayas. But the vast majority of foods don’t even have a GMO

counterpart. So, if you ever see non-GMO strawberries, know that they aren’t commercialized right now. And for products with no DNA like water or pure salt, the “non-GMO” label is just marketing.

Truth: The science says GMOs do NOT have a negative impact on human or animal health. Numerous studies have been conducted on how genetically altered foods can impact our bodies and the fact is that—there’s just no evidence to these weight gaining claims! With the exception of foods specifically altered for a positive increase in nutritional content (like golden rice), biotech foods demonstrate no nutritional difference as compared to their traditional counterparts.

Truth: Breeding has been part of agricultural progress for thousands of years. But since traditional breeding relies on genetic lotteries—i.e. luck—scientists found a way to make breeding for the best traits to be more accurate and replicable. GMOs tend to include DNA from a different crop or species and gene editing tends to make changes within a plant’s own DNA. But many of these combinations could have occurred in nature. Agrobacterium is a bacterium found in nature that has evolved over time to be somewhat of a super bacterium. Its ecosystem role is finding “wounded” plants and inserting its DNA into the genome of said plants resulting in favorites such as beer hops, walnuts, and cranberries!

This Halloween, you may be a bit frightened when a goblin shows up at your door to ask for candy, but certainly not when you see a bioengineered label during your next grocery trip. 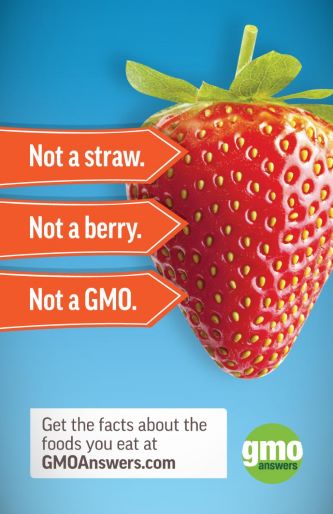