GMOs and Infant Formula: What Parents Need to Know 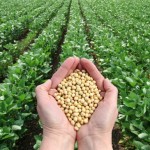 As part of the debate around the Oregon ballot initiative to require the labeling of any foods containing genetically modified ingredients (called GMOs), an Oregon paper ran an unfortunate article that misleads readers about the safety of infant formula.

A noted opponent of biotechnology, the Center for Food Safety (CFS) tested formulas and found that some brands contained soy that was grown using biotechnology.

Noted scientific expert Kevin Folta on the Illumination Blog says the article is “steeped in careful language that confounds terminology and outright misrepresents science” and he dissects the text with scientific fact and notes that point to CFS’s (and the writer’s) political agenda.

Aside from the political mudslinging, there are actually many fact-based resources that can put consumers’ minds at ease about the safety of infant formula:

Some infant formula ingredients, such as soy protein, can be derived from crops which have been enhanced through biotechnology (i.e., genetically modified). An extensive body of sound scientific evidence supports the safety of these ingredients.”

Unfortunately, the dialogue from anti-technology activists and special interest groups like the Center for Food Safety continues to devolve. This time, the victim is science. CFS uses pseudoscience to try to needlessly scare parents away from foods that provide valuable protein to their children. In doing so, they place the health of Oregon children at risk, all in the name of winning votes for an upcoming ballot initiative to label GMOs.

“It is irresponsible for special interest groups to suggest safety concerns, directly or by innuendo, about products containing GM soy ingredients. In this case, the CFS has chosen to play politics with children’s health, all in the name of votes.”

The online report that is circulating claims evidence of soy genetically engineered to ‘tolerate high doses of chemical pesticides’ was found in some infant formulas, making it sound like there was a pesticide detected in baby formula. There was not. Their test detected DNA from a gene that allows the soybean plant to grow in the presence of an herbicide called glyphosate or another called glufosinate. There was no evidence of any applied chemical.”

There’s no evidence that foods produced using biotechnology pose any risk to children or pregnant mothers.”

Additionally, consumers can get information on this and other GMO-related issues and ask their own questions at GMO Answers.